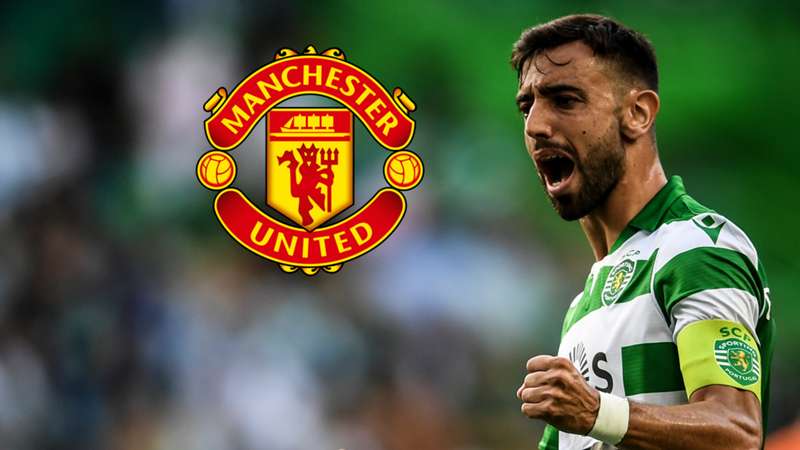 Manchester United are closing in on a deal with Sporting Lisbon to sign Bruno Fernandes, claims Portuguese journalist Filipe Dias.

“The situation has changed since last summer; United this time are really closing in on Bruno Fernandes,” said Dias

The 25-year-old Portugal international was a target for United and Tottenham in the summer but eventually stayed at the Primeira Liga club, signing an improved contract in November.

Speaking on the latest edition of the Transfer Talk podcast, Dias, editor-in-chief of Portuguese sports daily O Jogo, said that Sporting will be forced to sell the midfielder due to growing financial difficulties.

“The story so far is that United this time are really closing in on Bruno Fernandes,” Dias said. “We ran the story that there are talks between the two clubs and we figured that a deal might be close in the next few days, or hours even, because Sporting need money badly.

The Transfer Talk team examine whether or not Manchester United should sign Portuguese midfielder Bruno Fernandes.

“The situation has changed since last summer. They didn’t accept a deal with Tottenham for 70m euros but that would have been paid with 40m euros upfront and then another 30m.

“Now Sporting will accept 70m Euros, but paid in instalments. United is a club that Bruno Fernandes really likes in England, it’s a club that he really wants to play for.

“Talks have been intensified in the last couple of days, so we’re kind of expecting that it might be close.”

Reports in Portugal have claimed Ole Gunnar Solskjaer and his assistant manager, Mike Phelan, went to watch Fernandes in action against Porto on Sunday, although the United boss refused to answer questions on the matter on Friday.

The 25-year-old claimed in August that Sporting blocked a move to Tottenham in the summer after expressing a desire to play in England, and Dias claims the decision took its toll on the player.

“When the deal with Tottenham didn’t go through, it didn’t affect Bruno Fernandes’ game, but it did affect him mentally,” Dias said.

“He is the team captain and he never stops complaining, arguing with referees all the time. You can see that he is fed up, he is a top quality player and he needs another challenge.

“Here in Portugal when you have a big player who is attracted to the market, sometimes clubs to reinforce their position negotiation-wise, they review the contract.

“They raised the salary a little bit, but what they want is to raise the release clause so they have more power when it comes to negotiate.

“The thing with Bruno Fernandes was that they tried to raise the salary to calm him down a little bit and to compensate for the fact that a deal in the summer didn’t go through.”

Sky Sports News reporter James Cooper says: “Ole Gunnar Solskjaer may not have been prepared to fully reveal his weekend location, but it appears the club could be looking at a midfielder they’ve been linked with before, Sporting Lisbon’s Bruno Fernandes.

“United are in need of bodies in their midfield and were already actively looking at transfer options before the injuries to Scott McTominay and Paul Pogba.

“Of the current squad only Juan Mata was a January acquisition, Manchester United traditionally don’t do much business or successful business in this window.

“Solskjaer does have the resources to bring in players and has said he wants his squad to emerge stronger rather than weaker from this window. He is also preparing to lose his captain, Ashley Young, so perhaps a purchase is on the cards?”