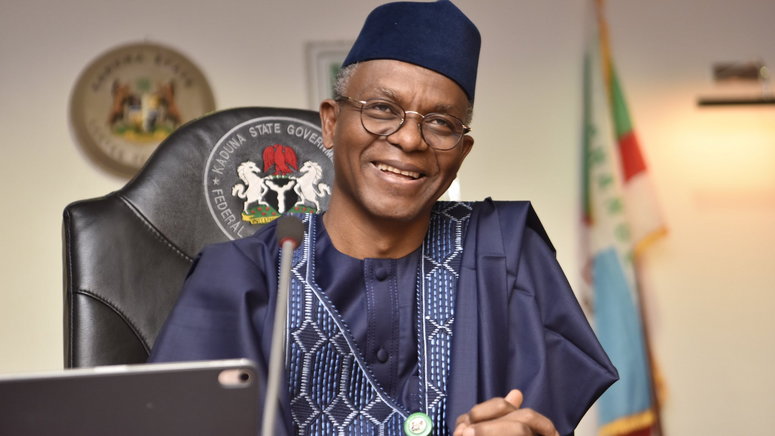 As at 7.40 p.m (West Africa Time) on Monday, 42,776 had signed the petition written by former President Goodluck Jonathan’s aide, Reno Omokri to the United Kingdom (UK) and the European Union (EU) to place a travel ban on Nasir El-Rufai, for promoting genocide, religious and political intolerance.

Omokri noted that Nasir El-Rufai is a threat to the peace and security of Nigeria for many reasons.

He said, “On December 3, 2016, he admitted that he paid killer herdsmen who killed Nigerian citizens, because they were of the same ethnicity as him. Since that admission, there has been an intense escalation of the killings of mostly Christians in Kaduna, and on August 25, 2020, suspected herdsmen abducted seven schoolchildren and their teacher from Prince Academy, in Kaduna. They have not been seen or heard of since then.

“On September 8, 2014, Nasir El-Rufai falsely accused former President Jonathan and then President of the Christian Association of Nigeria, Pastor Ayo Oritsejafor of founding and funding Boko Haram to the tune of N50 billion.

“On February 6, 2019, he threatened foreign observers, including observers from the EU and UK with death, warning that they would return in “body bags”, should they intervene in Nigeria.

“On July 15, 2012, Nasir El-Rufai said, and I quote “We will write this for all to read. Anyone, soldier or not that kills the Fulani takes a loan repayable one day no matter how long it takes.” This threat has been carried out in Southern Kaduna were there is an ongoing genocide of Christians under El-Rufai’s watch.

“On August 23, 2019, he charged the Anglican Bishop of Zaria province of Kaduna, Abiodun Ogunyemi, for defamation.

“On April 13, 2020, proving that the Apple does not fall far from the tree, his son, Bello El-Rufai threatened to gang rape the mother of a Southern Christian woman, proving that the idea that Southern women are “whores” is well established in the El-Rufai household.

“On April 24, 2019, another of his sons, Bashir El-Rufai, described the pogrom against Igbos as ‘sweet’.

“It is for this reason that Nigerian citizens call on the government of the United Kingdom and the European Union Presidency to follow the lead of the United States and place a visa ban on Nasir El-Rufai, who is scheming to become Nigeria’s President, to prevent a Rwandan style genocide in Nigeria.”

Corroborating, one of the supporters who also signed the petition, Chibuzor Elvis is engendered by his resolve for positive in Nigeria.

“I’m signing because I want to be part of the change/revolution that will rebrand the nigeria we all live in,” he noted.

Darlington Dikannaya said, “The life of innocent Christians in southern Kaduna is no longer safe.”

“Bcos of this man my niece and the mother where kill and two people where shot again in my family,” Jonathan Ibrahim lamented.

Nonso Chukwu, another supporter, also stated, “I’m signing this because the governor of kaduna state have done nothing to stop the genocide in southern kaduna, and this has persisted for a long while now.”

Confiance News recalls that the United States (US) recently placed visa ban on some politicians indicted for electoral malpractice of which El-Rufai is one of them.