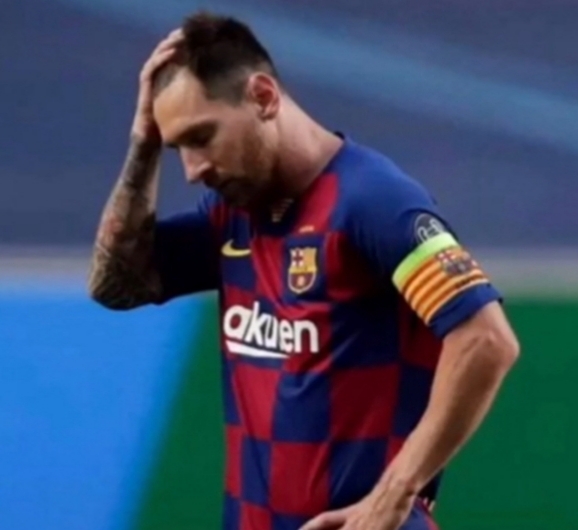 The Lionel Messi side conceded four in the opening half of a UEFA Champions League (UCL) knockout-round game for the first time in club history.

The German side hit 8 past Barcelona in a thrilling Champions League win to book a spot in the semifinals of the tournament in Lisbon.

The match got off to a cracking start with Thomas Muller putting Bayern ahead early and David Alaba conceding an own goal to Barcelona minutes later to put the scoreline at 1-1 inside of the opening 10 minutes.

Bayern then went back in front just past the 20-minute mark when Ivan Perisic picked up a pass from Serge Gnabry and fired past Marc-Andre ter Stegen.

It was 4-1 in Bayern’s favour soon after as a rapid-fire few minutes saw Muller set up Gnabry with a lovely first-time pass for a goal before notching his second of the match at the near post from a Joshua Kimmich assist.

The German champions took the three-goal lead into the dressing room, with Barcelona reeling after an opening 45 minutes that saw them concede four in the opening half of a UCL knockout-round game for the first time in club history.

Luis Suarez looked to have given Barca a lifeline in the second half with an early goal, but Bayern hit right back when Alphonso Davies tip-toed down the endline and cut a pass back to Kimmich for an easy first time finish to make it 5-2.

Coutinho then scored a goal of his own minutes later and added a second before full-time to complete the Bundesliga champions’ 8-2 thrashing of Barcelona.

Hansi Flick’s side are the first to ever score eight goals in a Champions League game.

According to Wikipedia, Bayern Munich is a German professional sports club based in Munich, Bavaria. It is best known for its professional football team, which plays in the Bundesliga, the top tier of the German football league system, and is the most successful club in German football history, having won a record 30 national titles, including 8 on the bounce since 2013 and 20 national cups, along with numerous European honours.