Collateral damage from technology must be mitigated– UN 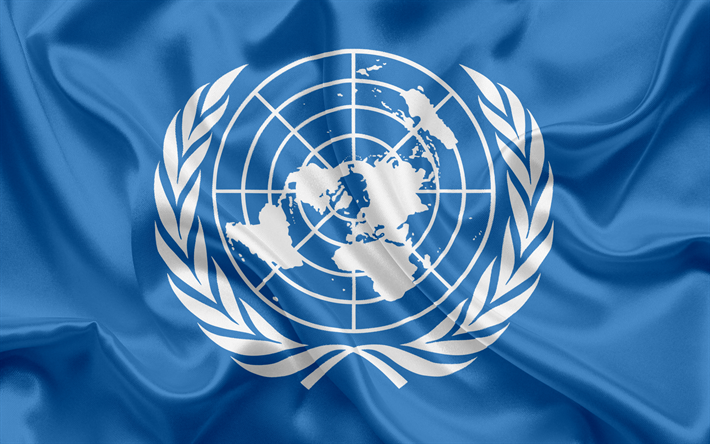 By Chioma Obinagwam with Agency report

Digital technology has the potential to bring about a sustainable future, but the “collateral damage” of this transition must be mitigated, says the head of the UN’s technology strategy team, Salem Avan.

Speaking to UN News, Mr. Avan stressed the importance of acknowledging the negative aspects of new technology – which could include job losses and a drastic shift away from traditional ways of working – and finding ways to achieve a successful transition to the so-called ‘Fourth Industrial Revolution’, which involves the mass adoption of artificial intelligence, robotics, ‘big data’ processing, the Internet of Things, autonomous vehicles and blockchain technologies.

Mr. Avan, the Director of the Strategy, Policy & Governance Division of the UN’s Office of Information and Communication Technology (OICT), took part in a discussion on the impact of emerging technologies and innovation on society, held on Tuesday during the 2019 UN Civil Society Conference, taking place in Salt Lake City, USA, between 26 -28 August.

The UN, he says, has a strong focus on so-called “smart cities”, which make full use of inter-connected technology to empower disadvantaged residents and tackle challenges in housing, transport, employment and education in urban areas.

At UN Technology Innovation Lab (UNTIL), a newly-established initiative in Malaysia, researchers and scientists are looking into ways of understanding and expanding the benefits of smart cities, promoting sustainable living, and helping to make inclusive growth possible in the country and region. Mr. Avan noted that, in many parts of the world, positive change is already taking place: “technologies are being implemented to improve the overall communal and individual lives of residents”.

Farming with no pesticides, and no soil

For example, a Malaysia-based company, Vfarm, is pioneering a technology which has the potential to have a transformative effect on the citizens of Kuala Lumpur: vertical farms.

According to Rahman Roslan, the brand director of Vfarm, it is far easier and cheaper to buy a bag of candy in Kuala Lumpur than fresh fruit or vegetables. Vertical farms could change this harmful situation, and make nutritious food available to all city dwellers.

The company’s vertical farms in Kuala Lumpur look like laboratories, in which plants are grown in environments where heat and light are precisely controlled to ensure optimal growing conditions, and all without the use of herbicides and pesticides.

Even soil is unnecessary, and a tiny amount of water is used, compared to that needed in traditional agriculture. These factors, says Mr. Roslan, coupled with the fact that transport costs are drastically reduced, mean that the crops produced in vertical farms are healthier and have a far smaller carbon footprint.

Speaking to UN News during the Conference, Mr. Roslan explained that, whilst his company’s vertical farms are currently only producing around one per cent of Kuala Lumpur’s food, he can foresee a future in which the majority of crops in cities around the world are grown in a similar way.

All elements of society must, said Salem Avan, actively assist lesser-developed cities to integrate advanced technologies, and reduce the stark disparity in the digital divide that exists between richer and poorer parts of the world, as well as within cities:

“While it is inarguable that technology is beneficial to improving the daily lives of many, it also runs the risk of excluding certain urban inhabitants who either lack the resources or the capabilities to adapt to the rapid changes that digitization entails.”

One of the solutions he proposes, is to build partnerships across different sectors, including local and national authorities, civil society and others, to ensure that sustainability, and making sure that no one is left behind, are key goals when new technology is introduced.