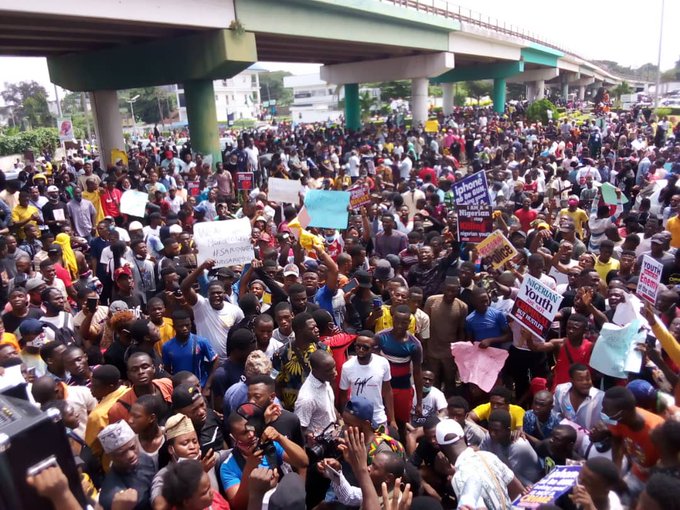 The United Kingdom (UK) legislature–the UK Parliament has debated whether the government should impose sanctions on Nigerian officials involved in the alleged excessive use of force on peaceful protesters during last month’s anti-police brutality demonstrations.

The vote, which has no legal power, was the result of a petition brought before the parliament which was signed by more than 220,000 people.

The Nigerian authorities have continued to deny that security forces opened fire on peaceful protesters.

The UK Member of Parliaments (MPs) said sanctions against Nigeria could hurt the population.

So they called for an independent investigation into abuses and urged the British government to target Nigerian officials who are implicated in the shooting dead of peaceful demonstrators during last month’s protests against police brutality.

The MPs repeatedly mentioned the alleged use of force by the military on protesters at the Lekki tollgate in Lagos.

They also condemned the freezing of protest organisers’ bank accounts and stressed that the right to peaceful protest was a key component of democracy.

Some of the MPs questioned the UK’s role in the training of Nigerian security forces and weapons sales to the country.

An MP who was speaking on behalf of the British minister for Africa welcomed Nigeria’s decision to investigate alleged rights violations and the disbandment of a notorious police unit – the Special Anti-Robbery Squad (SARS).

But without committing to the idea of imposing sanctions, the MP said the UK would continue to press the Nigerian government to respect human rights.