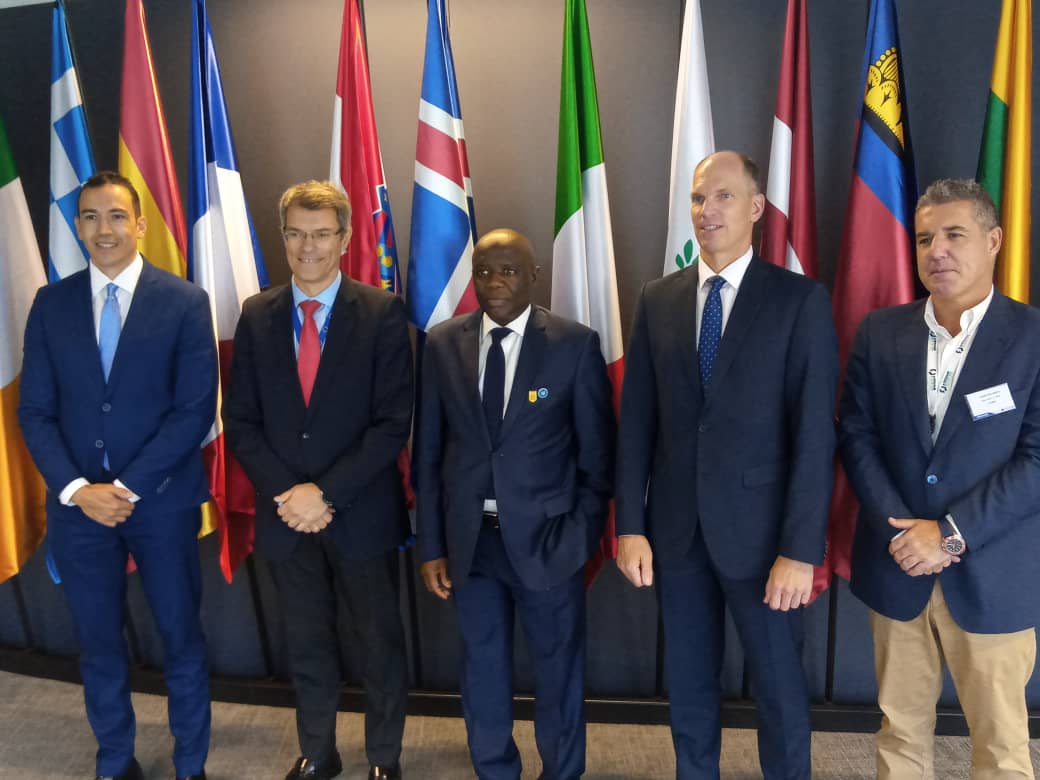 An Eight-Man Delegation of the Nigeria Immigration Service (NIS) has paid a two-day working visit to the headquarters of the European Border Agency, the FRONTEX last week to hold discussions with FRONTEX officials on border security and migration management matters.

The NIS told Confiance News in a statement on Monday.

The delegation which was led by the Deputy Comptroller General in charge of the Directorate of Border Management (DCG) Muhammad Aminu Muhammad mni was received on arrival at the FRONTEX Headquarters in Warsaw, Poland by senior Officials of the organization including Mr. Iain Galea of the International Cooperation Division.

In a press statement e-signed and released to the National Association of Online Security News Publishers (NAOSNP) by the Service’s PRO, Assistant Comptroller of Immigration, Amos Okpu noted that the mutual relationship dated back to 2012. In her welcome remarks, the interim Executive Director of FRONTEX, Aija Kalnaja stated that Nigeria and indeed the NIS remains a very dependable partner to her agency in the areas of border security and migration management.

Kalnaja maintained that the relationship has remained very enduring and useful to both agencies particularly in the areas of experience sharing and capacity building. She made a case for enhanced collaboration and partnerships by Border agencies for a sustained fight against cross-border crimes especially migrants smuggling and trafficking.

She stressed that the relationship between her agency and the NIS dated back to 2012 when both agencies entered into a Working Arrangement on Border security and Migration Management.

“I sincerely hope that both agencies will explore the opportunity of this meeting to examine the existing Working Arrangement to see if there are areas of possible review in line with current global migratory reality,” she stated.

Responding, the team lead of NIS delegation and head of the Directorate of Border Management, DCG Aminu Muhammad expressed appreciation for the warm reception accorded his team. He stressed that modern migratory realities are indicating that no unilateral efforts at migration and border security management will endure hence meetings such as this should be encouraged.

He reiterated NIS’ strong commitment to healthy collaboration with friendly Border security agencies such as FRONTEX and called for frank discussions during plenary. He further stressed the need for countries in Europe and other developed States to look beyond establishing Border barricades to control migration but rather make enduring arrangements to sincerely join efforts with authorities in developing countries to frontally address the pull and push factors of modern migration.

He reiterated that the quantum of investments in building high-rise Border barricades would not yield lasting benefits if the living conditions of people in developing countries remain abysmally poor, NAOSNP gathered.

Earlier, the facilitator of the trip and country representative of FIIAPP, implementer of the Action Against Trafficking in Persons and Smuggling of Migrants in Nigeria (A-TIPSOM), Mr. Rafael Molina stated his organization decided to facilitate the trip with the aim of building enhanced synergy between FRONTEX and NIS for a more coordinated approach to the fight against irregular and dangerous migration.

Some major highlights of the meeting include expressions of strong commitment to enhanced collaboration and partnership by both agencies in the fight against irregular migration as well as robust assurances for more enriching capacity building engagements between both agencies. The delegation before rounding up the trip visited the Nigerian Embassy and got treated to a very warm reception by His Excellency, Ambassador. Maj. Gen.(rtd) Christian C Ugwu, the Nigerian envoy to Poland and his great team. The delegation has since returned to Abuja.