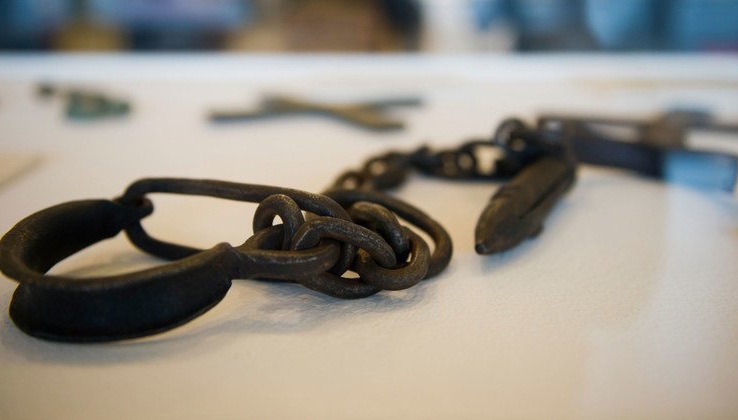 In his message for the day, the UN Secretary-General António Guterres, said it was an opportunity to “celebrate the diverse heritage and culture of people of African descent and their enormous contribution to our societies throughout history.

Yet, around the world, millions of people of African descent are still subject to racism and deeply entrenched and systemic racial discrimination. That is why the United Nations continues to call for the full respect of their human rights and fundamental freedoms, for redress when these are violated, and for formal apologies and reparations for the egregious wrongs of slavery and colonialism.

The rights experts sat down with UN News, to talk about their experiences of racism, and why there needs to be a wider acceptance that today’s global economy was built on the oppression of Black people.

UN News Dominique, you say that “everyday racism is normalized”. What do you mean by that?

Dominique Day The idea that I can’t always get a taxi in New York City, the lengths my parents went to, to make sure that I was super educated, to be able to counter the ways I might be misinterpreted or mischaracterized by a world that sees my skin and comes to a different interpretation than who I actually am.

UN News So you internalize it and you and you just say this is life, that’s how it is?

Dominique Day Well, not so much “that’s how it is”, but to actually confront every episode of everyday racism you experience from teachers, judges, police, regular society, even people your friends. The idea that casual racism is so normalized in our society means that, for us to survive it, we actually need to be very thoughtful about the ways we engage.

For those of us who work on racism, we have an opportunity to do advocacy and awareness raising. For example, on a country visit, I will talk about racism I may have experienced in that same country, but may not have confronted as directly because my sanity, my equilibrium matters.

This everyday casual racism has actually been so interwoven into our society, we not only fail to see it, but there’s a really active culture of denial that operates transnationally.

UN News Are you seeing acceptance of the idea that there could be some form of reparations?

Dominique Day I think that, like any other topic, talking about it helps. Uplifting examples help. New arguments are being brought forward by people operating in a number of professional spaces. So, the discourse is evolving.

Verene Shepherd Let me just say that I am happy that it is.

The Mayor of London takes it seriously: I recently gave a lecture there on the subject, my fifth, at City Hall, which was very well attended.

But the first thing that confronted me was that I was finger-printed as I came through immigration, as if I’m a criminal. I really was shattered. But then I said to myself, there are people who need to hear what I have to say tonight, and so, oppressors are not going to stop me from doing what I have to do.

It was sobering because it said to me, no black person is exempt from racism and from racial profiling, and I think we have to be realistic about that.

Dominique Day It is a threat to white supremacy, a threat to the privilege and power that people have been able to accrue by commodifying their whiteness as value. We even see this in international development work.

Critical Race Theory says, let’s look at what has created the world we’re living in today, let’s take a critical view of history. It actually shouldn’t be a threat.

We’re trying to offer a rigorous and honest look at the world as it exists today, and when we talk about things like the Slave Trade, we’re talking about a moment in history, a moment in global history where transnational relationships were being developed, where the market economy and credit economy were being birthed. And all of these fancy economic terms we use today were being developed using black bodies as collateral, as subjects of trade, both in the financial and agricultural markets.

UN News Is it correct to say, then, that the current global economy, the way it is now, is built on the oppression of black people?

Dominique Day That is fair to say, look at the flight paths: if you ever travel in Africa, you’ll be traveling on British Airways if you’re going to former British colonies. You’ll be traveling on Air France if you’re going to former French colonies. Who owns the diamonds in South Africa? These are the legacy of a colonial relationships continue to govern not only global wealth, but geopolitical power.

I’m not suggesting that racial justice work will upset that, but perhaps the awareness of that can motivate activities to actually right what’s been wrong.

Verene Shepherd The reparation movement, which is escalating, in my view, is uncovering the facts that people try to hide. I think this is a threat, and this is why there is backlash from those who are seeing the real possibility that this is going somewhere.

They think that it’s better to have a generation of people who don’t know about this stuff. Then we don’t have to feel guilty about the past.

And speaking about the Caribbean region, there is shame about the past, which too often fills the place that should be held by knowledge.

We need to break the bonds of shame that some people feel about the past, and use knowledge as liberation.

UN News What should people who have benefited from this historic oppression do?

Verene Shepherd I don’t think reparation reparatory justice is only something that will satisfy the victims and those who are continuing to suffer the legacies. If we all engage truly and honestly in the reparatory justice conversation, including those who live in Europe, in the belly of the spaces that oppress other people, I think it will be liberating for everybody.

You can’t say it has nothing to do with me, whilst benefiting from a good education system, a good health system, good infrastructure. Some benefited from the inheritance, and other people, who got nothing at the time of emancipation or independence, continue to try to make do with little.

That is why we see so many universities and religious institutions in Britain studying their role, and how they benefited from the transatlantic trafficking in enslaved Africans.

Dominique Day
We need to acknowledge the moral wound that racism has inflicted across our society, to the point that we can’t even acknowledge that we walk with racism as an everyday thing.

We are all educated into it. We get benefits for reinforcing it, and it’s also tacitly reinforced in our media and our education and in our intimate lives. That reality is something we need to confront.