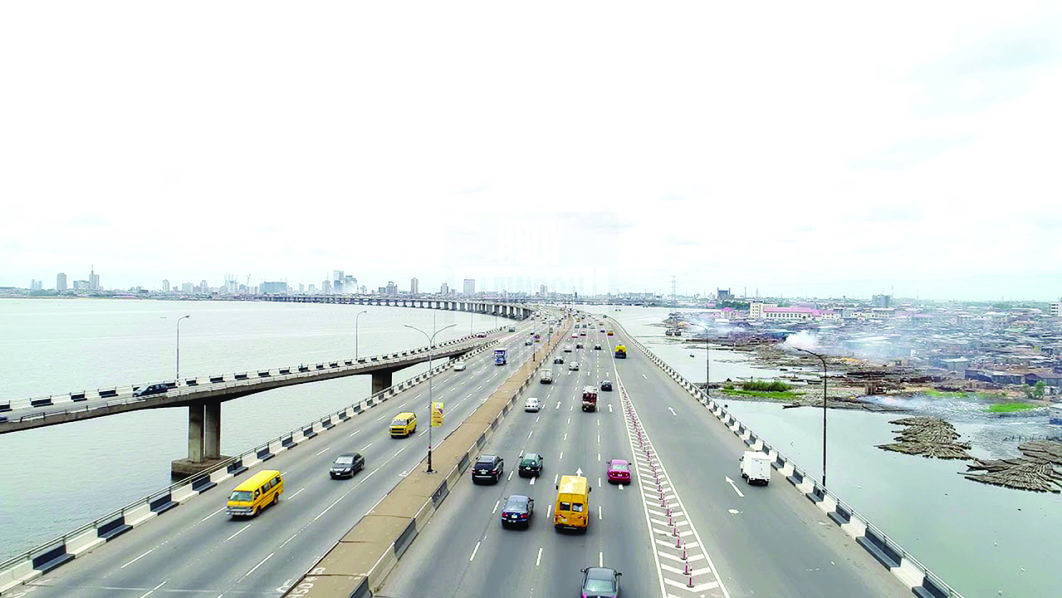 The Nigerian Government has reopened the 11.8 kilometers Third Mainland Bridge two days before the time scheduled for the reopening of the second longest bridge in Africa

The bridge, the government said in a statement, would be reopened on Sunday midnight for motorists and other road users across Lagos State as against the February 2 earlier scheduled for its reopening.

It explained that the move became imperative after the completion of casting of the expansion joints which necessitated the 72 hours closure.

The Lagos State Commissioner for Transportation, Dr. Frederic Oladeinde, said that though the facility had been open for users, earlier movement arrangements of 12.00a.m for Lagos Island-bound motorists and 12.00p.m for Mainland bound motorists subsist.

Further in the statement released to journalists on Sunday night, the commissioner said that all the rehabilitation that had been done was in line with the Governor Babajide Sanwo-Olu-led administration’s commitment to ensure the protection of road users across the state.

“Lagos State Government expresses gratitude to Lagosians, especially those affected by the closure for their understanding, assuring that the Babajide Sanwo-Olu-led administration will continue to drive infrastructural growth in the State.

“The government hereby appeals to residents for cooperation as all other ongoing rehabilitation projects will be completed in a very short while. The benefits, including safety, are for all and sundry,” the statement said.

15 Things You Need to Know about Third Mainland Bridge

1. The Third-Mainland Bridge is one of the three bridges linking Lagos Island to the mainland.

2. It was named Third-Mainland Bridge because it is the third of the three bridges that connects Lagos Island with the Mainland – the other two being the Eko and Carter Bridges.

3. The Third-Mainland Bridge is the longest of the three bridges.

4. The Third-Mainland bridge starts from Oworonshoki which is linked to the Apapa-Oshodi expressway and Lagos-Ibadan expressway, and ends at the Adeniji Adele Interchange on Lagos Island.

5. The completion of the abandoned Third-Mainland Bridge was a collaborative effort of the Gen. Babangida-led Federal government and the Raji-Rasaki-led Lagos state government.

7. The then Nigerian Head-of-State, General Ibrahim Babangida, commissioned the Bridge on his birthday – 17th August,1990.

9. The Third-Mainland Bridge was the longest bridge in Africa until 1996 when the 20.5 km long “6th October Bridge” located in Cairo, Egypt was completed in 1996.

10. The Third-Mainland Bridge is the longest Bridge longest in West Africa.

12. The Third-Mainland Bridge is an eight-lane bridge.

14. Less than N1 billion naira was spent by the Babangida administration to complete the Third Mainland Bridge after the abandoned project was restarted.

15 In 2013, 1.05 billion was spent on repair works on the Third Mainland Bridge and additional works on the bridge’s expansion joints.