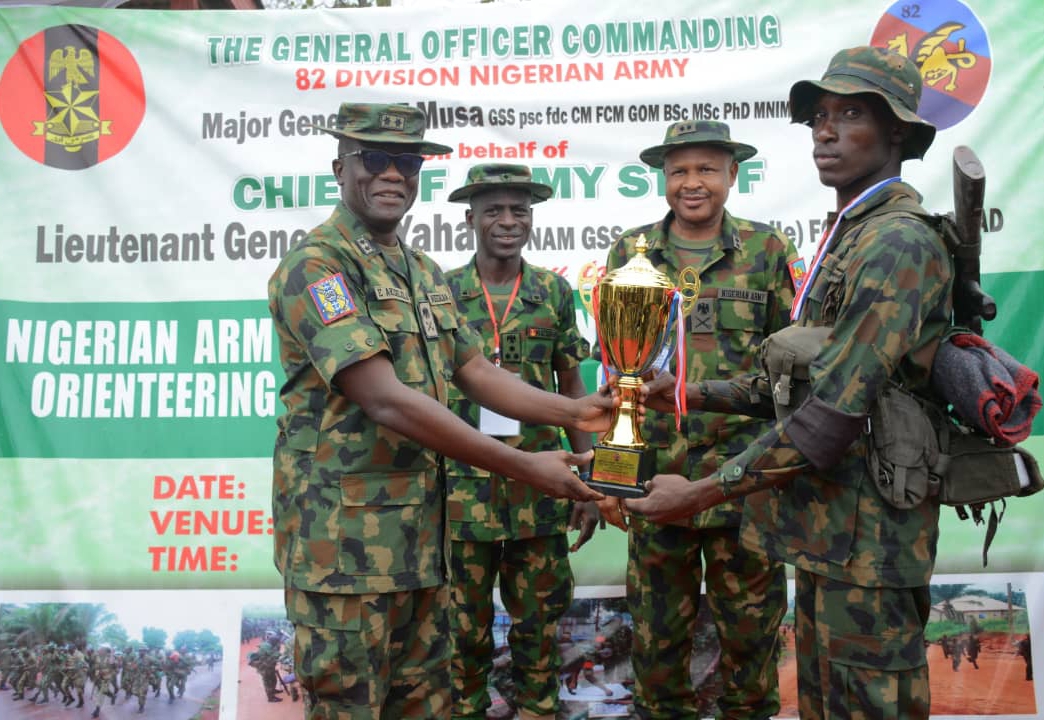 Confiance News gathered that the Division edged out other divisions with 53 points ahead of 3 and 2 Division who came second and third with 52 and 46 points respectively. While 1 Division ended in fourth position with 42 points.

Declaring the championship closed, the Chief of Army Staff, Lt Gen Faruk Yahaya who was represented by the Commander Corps of Supply and Transport Maj Gen Erema Akerejola encouraged troops to attach much premium to training in order to enhance operational efficiency.

The COAS reminded the contingents that the essence of the Championship was to keep troops on alert in the fight against insurgency and other security challenges bedevilling the country saying this Championship has no doubt improved the efficiency in leadership skills, organizational ability and endurance.

He added that the championship has also enhanced esprit-de corps, physical fitness, navigation and minor tactics of personnel amongst others.

The Championship is one of the series of training activities lined up for the Nigerian Army 2022 training year. It featured ten kilometers run, physical fitness assessment test, twenty kilometers navigation and thirty kilometers Combat Race.