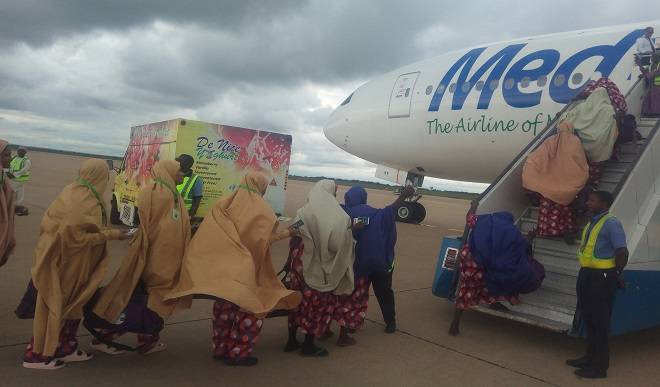 Domestic carrier, Med-View Airline Plc, says the Presidency has stepped into the rift between it and the National Hajj Commission.

The Chief Operating Officer of the airline, Mr Michael Ajigbotosho, made this known on Tuesday.

“The ongoing rift between our airline and NAHCON is being handled by the Presidency,” he said.

Med-View had petitioned the Federal Government over an alleged breach of hajj pilgrims’ airlift contract by NAHCON, alleging that the commission frustrated it from continuing with the hajj exercise.