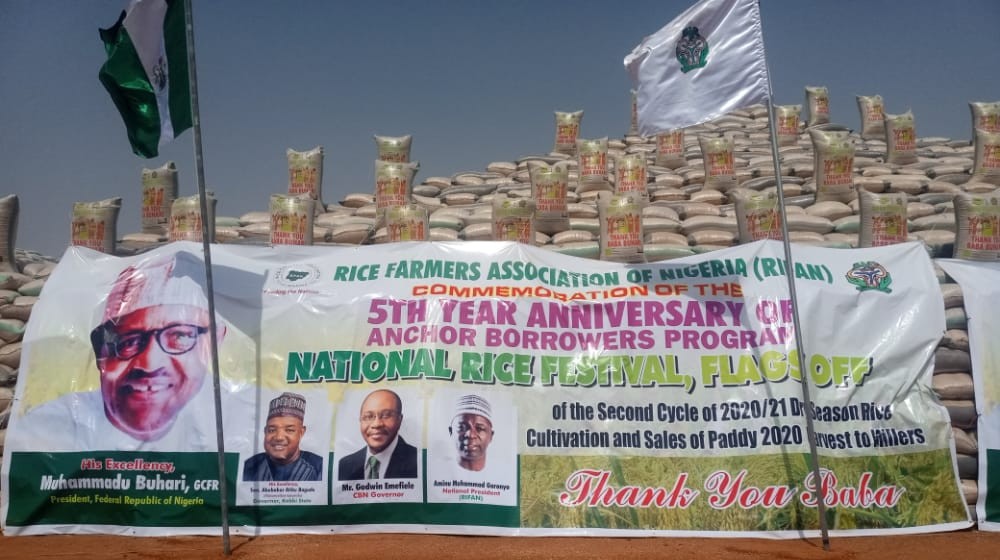 Nigeria’s apex bank, the Central Bank of Nigeria (CBN) has said it has financed about 2,923,937 farmers in its Anchor Borrowers Programme (ABP).

Confiance News gathered from the official Twitter handle of CBN on Tuesday.

Launched by the President Muhammadu Buhari on November 17, 2015, ABP, is aimed to create a linkage between anchor companies involved in the processing and small holder farmers (SHFs) of the required key agricultural commodities.

According to the CBN governor, Godwin Emefiele,”To sustain income generating activity for rural dwellers with significant potential for growth, about 2,923,937 farmers cultivating 3,647,643 ha across 21 commodities through 23 Participating Financial Institutions in the 36 States and FCT have been financed under ABP.”

He stated that part of the rationale behind it is to sustain the income of rural dwellers.

Confiance News also recalls that as part its resolve to achieve sustainability  in income generation among farmers, the CBN recently announced that it would restructure the near comatose Nigeria Commodity Exchange (NCX).