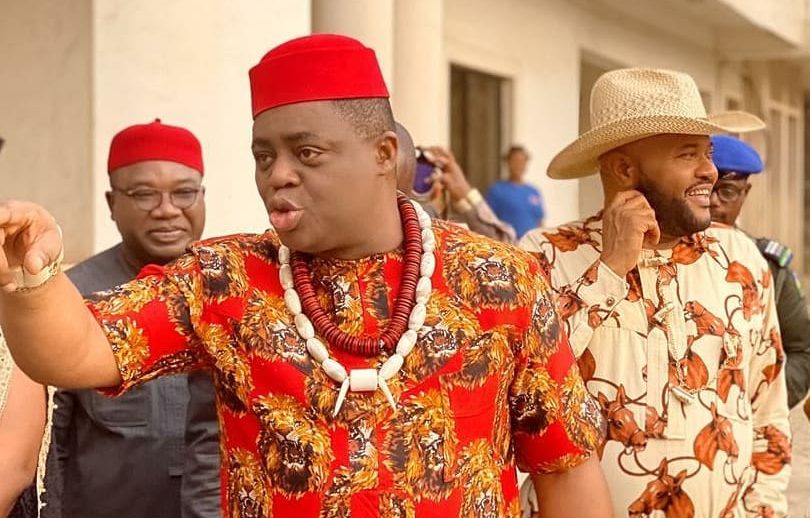 A former minister of aviation, Femi Fani-Kayode, has made his Nollywood debut in a new series titled Silent Prejudices (Season 2).

Fani-Kayode stars alongside his ex-beauty queen and actress wife, Precious, in the movie.

The series, which exposes the evils associated with the Osu caste system in the Southeastern part of Nigeria, is currently being shot at various locations in Abuja.

It has the endorsement of the Nigerian Human Rights Commission whose Executive Secretary, Tony Ojukwu, also makes an appearance.

Mr Fani-Kayode is not the only Nigerian politician on the set of the series.

In a post on Facebook on Monday, Fani-Kayode, who was on the set of the movie on Saturday, hailed actors and applauded their craft.

“We were on set the whole afternoon and, though grueling, it was a great experience and tremendous fun! Many do not know just how hard actors work and the energy and discipline that goes into their craft.

“Being a thespian is no mean feat. It requires total dedication and focus and, having been through what I experienced on Saturday, my respect for them is boundless.”

Also starring in the series is Larry Koldsweat, Obi Idejimba, and T.T. Temple.

Season 1 is already being aired on AIT on Wednesdays at 9.00 pm while Season 2, which Fani-Kayode featured in, will soon be aired.

While ‘Silent Prejudice’ comes as Fani-Kayode’s first time in the country’s movie industry, Melaye had made his debut last year in a TV series entitled ‘Equity Unbound’.