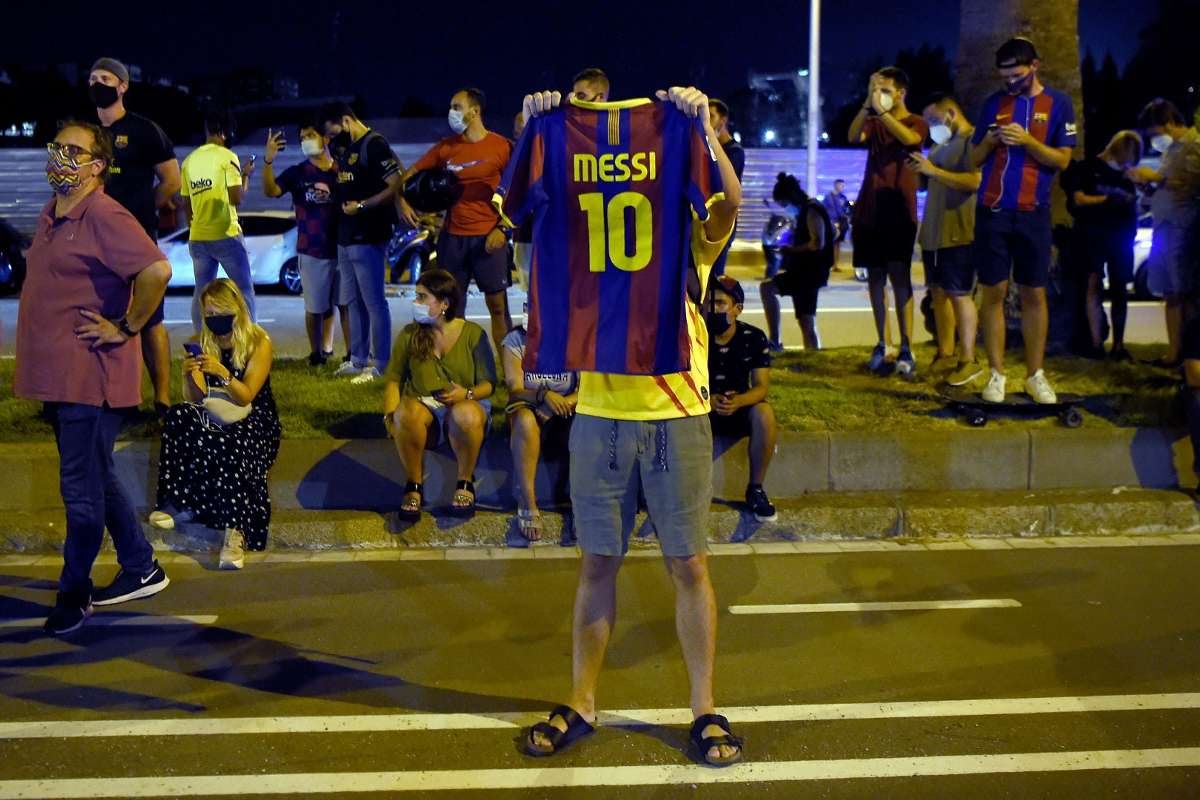 Lionel Messi has informed Barcelona that he wishes to leave the club.

Fans responded by taking to the streets, demanding the resignation of club president Josep Maria Bartomeu.

Messi could be reunited with former manager Pep Guardiola at Manchester City should the 6-time Balon d’Or winner get his wish.

Barcelona supporters are reeling after news broke that superstar forward and greatest of all time Lionel Messi was looking to leave the club he’s been with for the past two decades.

After Barça’s disappointing ouster from the Champions League with a brutal 8-2 defeat at the hands of Bayern Munich, Messi told the club that he was ready to move on.

On Tuesday, fans took to the streets, demanding the resignation of club president Josep Maria Bartomeu. Supporters blame Bartomeu for the short-comings of the club, and unsurprisingly, would much rather see him leave Camp Nou than Messi.

Despite an unbelievable run of La Liga titles, Barcelona hasn’t lifted the Champions League trophy — the top prize in European soccer — since 2015.

For Messi, a potential departure to play out the next stage of his career with Manchester City could reunite him with former manager Pep Guardiola and immediately put him in a position to contend for trophies once again.

Clearly, Barcelona fans are ready to make their voices heard before Messi makes his ultimate decision.