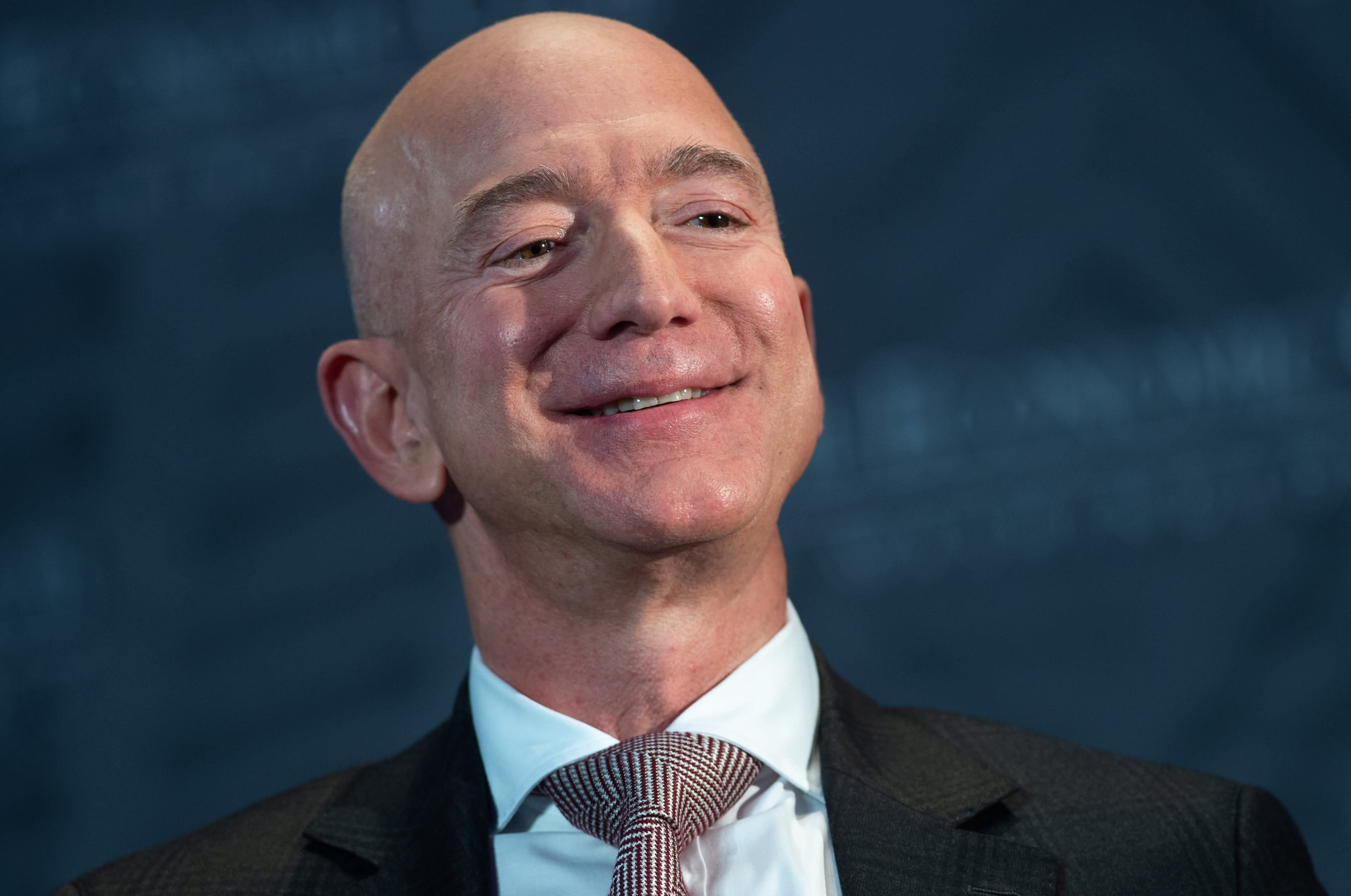 Fueled by the change in consumer habits as a result of the coronavirus (COVID-19) pandemic, Amazon stock is up nearly 80 percent since the beginning of the year, and Bezos’ net worth, which was roughly $115 billion on January 1, has skyrocketed in tandem.

Confiance News recalls that the COVID-19 pandemic, was first identified in Wuhan, China, in December 2019.

According to Wikipedia, the World Health Organization (WHO) declared it a Public Health Emergency of International Concern on 30 January, and a pandemic on 11 March.

Confiance News reports that the devastating spread, however, forced nations to effect lockdown on their populace as a way of containing the spread, prompting them to adopt alternative means of survival and on-line shopping platforms were a major option.

Amazon.com, Inc., an American multinational technology company based in Seattle, Washington which has e-commerce as one of its major businesses seem to have seized the opportunity to expand its reach, thus, leading to a surge in profit.

Confiance News also gathered that the company’s financial statements for the second quarter (Q2) 2020 ended June 30, 2020, showed that its Revenue was up 40 percent to $88.9 billion from the $63.4 billion it achieved in the corresponding period of 2019.

Forbes, however, reports that Bezos’ roughly 11 percent stake in Amazon makes up more than 90 percent of his fortune.

“Even adjusting for inflation, Forbes believes Bezos’ fortune is the largest ever amassed. The person to come closest is Gates, who was the world’s first-ever centibillionaire. Near the height of the dot-com bubble, when Microsoft reached its then-peak in 1999, Gates’ net worth surpassed $100 billion, roughly $158 billion in today’s dollars,” Forbes disclosed.

The report stated that Bezos would be even richer had he not gone through the most expensive divorce settlement in history last year. When he split from ex-wife, MacKenzie Scott, last July, he agreed to give her 25 percent of his Amazon stake, a chunk of stock now worth $63 billion. Even after giving away $1.7 billion in charitable gifts earlier this year, Scott is currently the world’s 14th-richest person and second-richest woman, behind L’Oréal heiress Françoise Bettencourt Meyers.

“Bezos isn’t alone among tech titans with fortunes surging to massive new heights. Facebook’s Mark Zuckerberg ended Tuesday as a brand-new centibillionaire, worth $103.1 billion after adding $3.4 billion to his fortune in one day, on Facebook stock gains. That surge continued early Wednesday afternoon, with Zuckerberg up an astonishing $6 billion just on Wednesday as of publication time. He’s now worth $109.1 billion.

“There are now more centibillionaires on the planet than ever. Joining Bezos, Gates and the newly crowned Zuckerberg is LVMH chair Bernard Arnault, who first joined the 12-figure ranks last year. Though his net worth slipped to about $80 billion at the height of the coronavirus pandemic in March, Arnault reclaimed the centibillionaire title in May and today is worth about $115 billion. This makes him the third-richest person on earth–$90 billion poorer than Jeff Bezos.

“Update 8/26/2020, 6:05 p.m.: A regulatory filing made public late Wednesday revealed that Bezos donated 7,548 Amazon shares–worth about $26 million–to an undisclosed nonprofit organization. At market close on Wednesday, Bezos was worth $205 billion,” it disclosed.

The presidency has reacted to the call by the General Overseer of the Redeemed Christian Church of God (RCCG), Pastor Enoch Adeboye, for restructure of Nigeria as

The General Overseer of the Redeemed Christian Church of God (RCCG), Pastor Enoch Adeboye, has advised the federal government to restructure Nigeria, in order to get rid

By Chioma Obinagwam Barely few hours after Nigeria’s president, Muhammadu Buhari addressed the country, there have been reports of a genocide attack going on at the Oyigbo