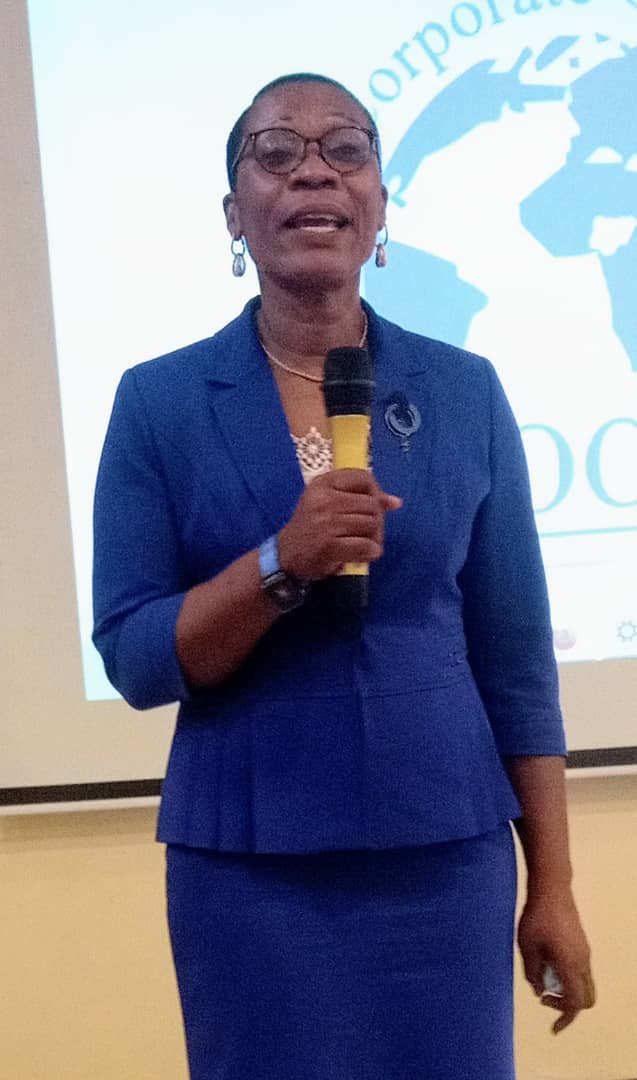 The Guild of Corporate Online Publishers (GOCOP) has elected Maureen Chigbo, Publisher of RealNews Magazine online as its new President. She takes over from Dotun Oladipo.

The election was conducted on the first day of GOCOP’s 5th Annual Conference taking place at the Sheraton Hotel, Lagos, Nigeria.

The newly elected executive members were sworn in during the second day of the Conference which featured the keynote address by the Secretary to the Government of the Federation (SGF), Mr. Boss Mustapha.

A luncheon for Corporate Affairs Managers of organisations operating in the country took place on day one of the Conference before the closed session of the Guild at which the new executive was elected.

Among the Corporate communications chief that were present at the luncheon were Mr. Naboth Onyesoh of Nigerian Content Development and Monitoring Board (NCDMB), Dr. Fabian Benjamin of the Joint Admissions and Matriculation Board (JAMB), Rotimi Oyekanmi, Chief Press Secretary to the National Chairman of the Independent National Electoral Commission (INEC) and Chukwuemeka Steve Oguanuo, the Manager, External Communications and Media Lead of the Nigerian Centre for Disease Control (NCDC).

Members of the Guild from allover Nigeria and from overseas participated in the program, in-person and online.