Nigerians react to another discovery of buried naira notes 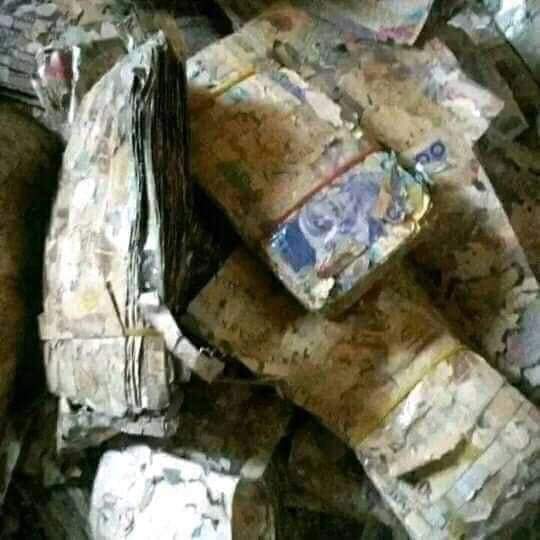 Another buried naira notes have surfaced but this time it is already decayed.

According to a tweep, Don, who shared photos of the money, he said,”

“Another buried money surfaced!, 🤦🏽‍♂️🤦🏽‍♂️
Now tell you what it profits a man to dump money and leave it until it decays?
Peter Obi you have a lot of work when you win.”

This, however, caused stir on the micro logging platform, as netiziens poured his comment section with words of despair.

Airbuka said,”Some were at the process of stealing this dumped money but ended up setting ablazed.”

“In a sane country, this money will be traced and whoever kept them will be arrested and prosecuted but this is Nigeria. Even Whoever was behind the illegal oil pipelines discovered that time has gone unpunished just like the kuje prison break. E don reach 2 dissolve naija sef,” Steven lamented.

Pixelli said,”This is evil, in this hardship.”

Avila Organic said,”The wickedness of men. With all the poor people in their villages. God will punish them one by one.”

Confiance News recalls that on October 26, the governor of Nigeria’s apex monetary authority, the Central Bank of Nigeria (CBN) announced that the bank will create a new naira from N200 denomination and above.

This has led to the discovery of naira notes in some locations and an increase in the deposit of some of these hidden notes in Deposit Money Banks (DMBs).