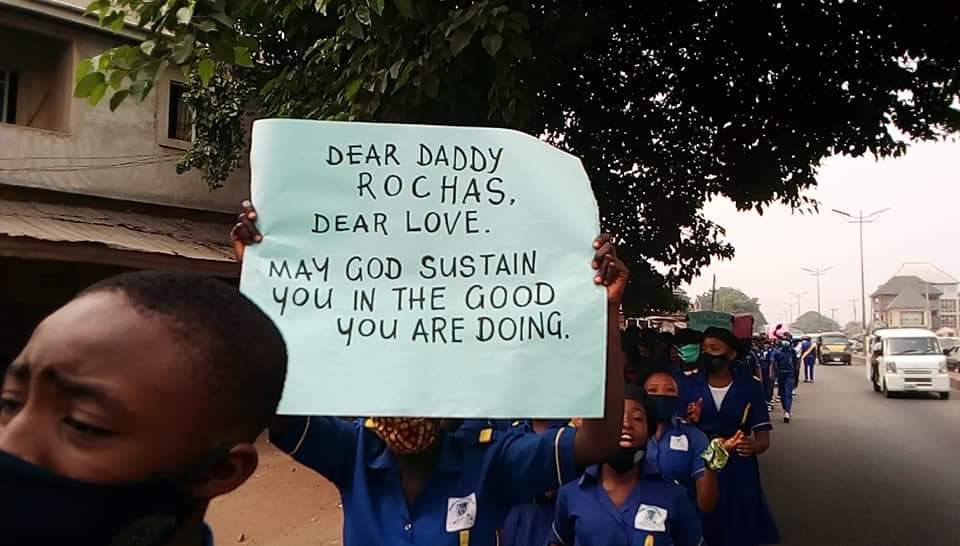 Students, mostly beneficiaries of the ex-Imo state governor, Rochas Okorocha’s scholarship program during his administration, have taken to the streets to protest his arrest.

Confiance News had earlier reported that Okorocha was arrested for allegedly unsealing a property under locks and keys by current Imo State governor, Hope Uzodinma’s aide.

The situation which not only caused stir on social media but triggered protests.

Confiance News gathered from Twitter that the students carried with the inscriptions, “If you kill daddy Rochas, you have killed millions,” “Dear Daddy Rochas. Dear Love, may God sustain you in the good you’re doing,” etc.

The students, Confiance News learnt, are of the  Rochas Foundation College of Africa Owerri, Imo State.