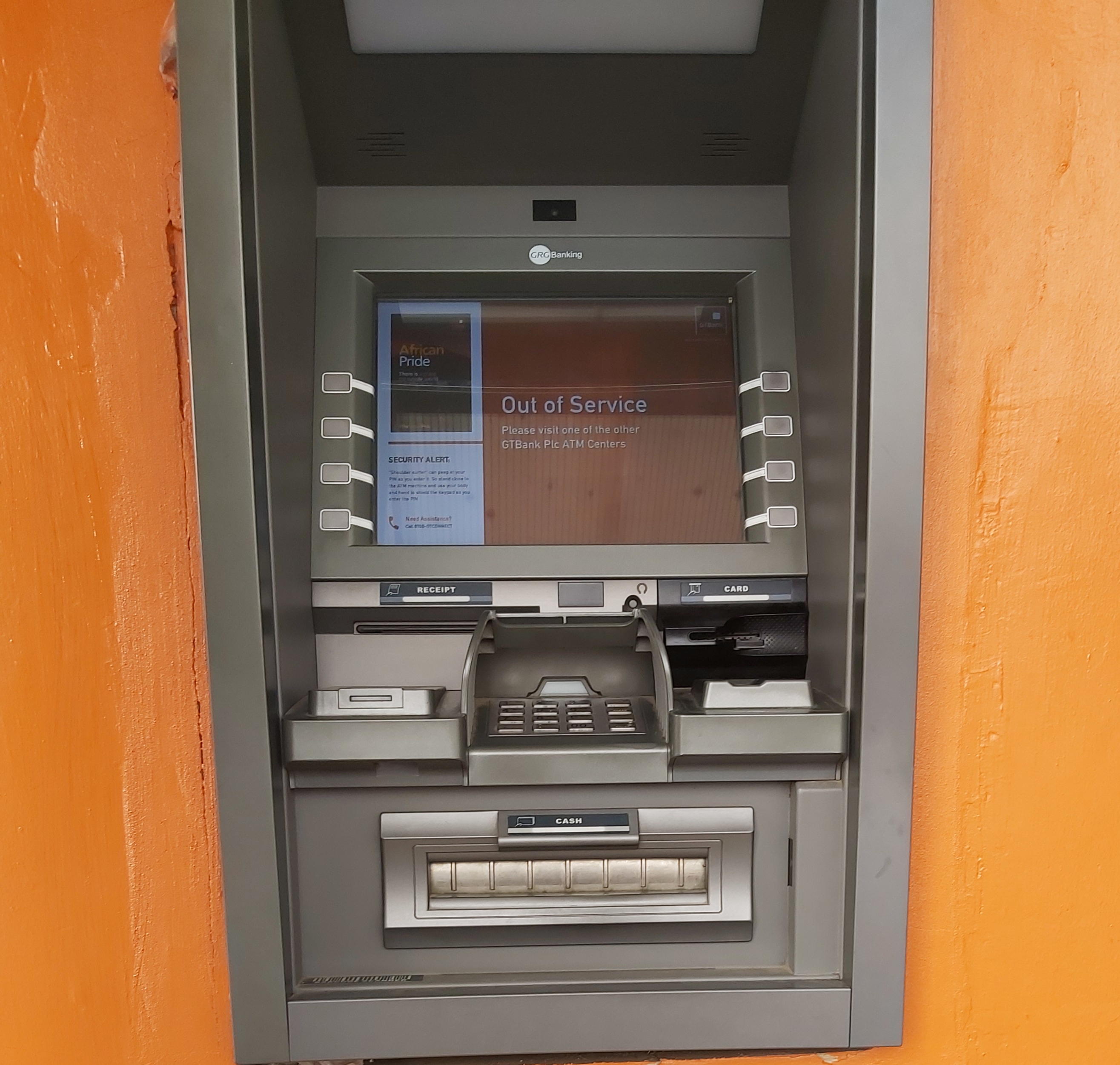 As fear over unavailability of cash looms

Some bank customers who were unable to withdraw cash from the Automated Teller Machines (ATMs) of Guaranty Trust Bank (GTBank) Ojodu, Lagos State have threatened to boycott the bank.

This is coming on the heels of series of complaints leveled by the customers (mostly GTBank) over their inability to access the ATMs, which is one of the alternative channels available to them in place of the banking halls.

Confiance News also recalls that the bank, in a bid to contain the COVID-19 pandemic, has resorted to partial opening of most of its branches, thereby giving its customers the option of using its alternative channels.

One of the women (names withheld) who had waited for long on the queue to no avail, lamented how one would struggle to make money in the country and also struggle to collect the money.

Another customer who pleaded to be anonymous, stated how she waited on the queue for over an hour only to see the error message “temporarily unable to dispense cash” on the ATMs.

Confiance News believes that if the lackadaisical attitude of banks toward their customers is not checked, it will frustrate Central Bank of Nigeria’s (CBN’s) effort at reducing the financial exclusion rate to the projected 20 percent this year.

More so, Confiance News could not reach any of the spokesperson of GTBank via telephone call despite attempts to reach them.

Confiance News also gathered that the situation is not peculiar to GTBank but has become a norm for most the banks located in the area.