Top five African wonderkids to watch for U-17 World Cup 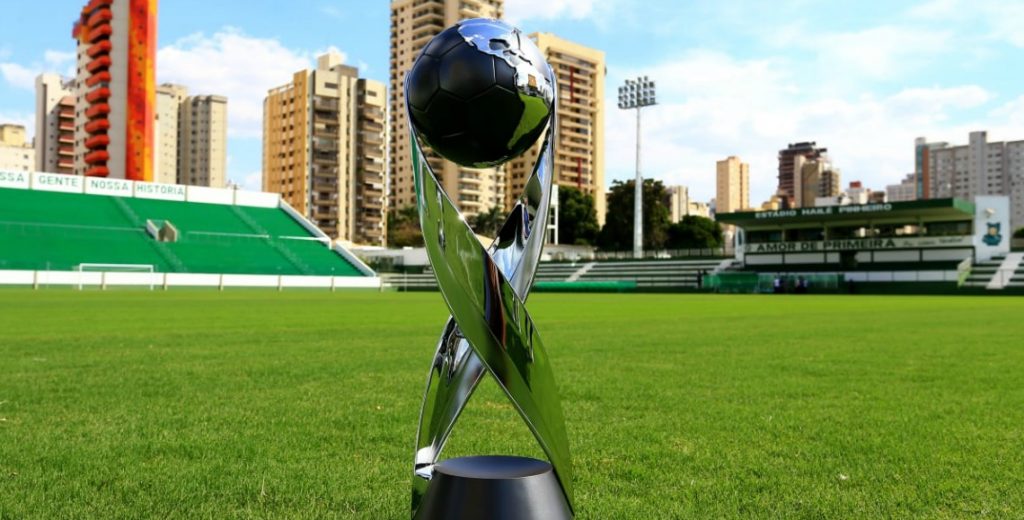 Who are the African wonderkids set to take the age-grade tournament in Brazil by storm?
Goal are delighted to introduce our Top Five wonderkids to watch at the U-17 World Cup, which kicks off in Brazil on Saturday.

The likes of John Obi Mikel, Kelechi Iheanacho and Bertrand Traore all made their names at the tournament before going onto greater success in Europe, and now it’s the turn of this quintet – and others – to steal the limelight at the age-grade tournament.

Olawale is another attacking option for Nigeria who could be primed to follow Osimhen as the top scorer in the U-17 tournament.

He’s been nicknamed Nigeria’s Little Ronaldo for a reason, and keep an eye out for his aerial quality and speed in Brazil as the Golden Eaglets compete with Hungary, Ecuador and Australia.

The Golden Eaglets have produced plenty of tournament top scorers during their various successful U-17 World Cup campaigns, and Urban appears primed to be the top contender for the gong this time around.

He’s an ideal centre-forward, marrying efficiency and speed, and already demonstrated his goalscoring prowess during the U-17 Nations Cup.

He netted three times during that competition, but don’t be surprised if he beats that tally this time around.

The 17-year-old right sider is the one to watch in the Angola team, having starred in the Southern Africans’ U-17 Cosafa Cup success last year, where he won the Player of the Tournament award.

He’s subsequently trialled at Manchester United, and piqued the interest of Benfica, although for now, the winger remains at Primeiro de Agosto.

Watch out for his technique, speed and crossing capacity on the fields of Brazil, while his pacey wide play will certainly test the finest young full-backs in the world game.

Senegal head to the U-17 World Cup on the back of an impressive Wafu Cup campaign on home soil, where some of the nation’s young talents conquered the region.

Now it’s time for Balde and co. to demonstrate that the country’s youth teams can also prove victorious, and the forward has ample quality to send the Teranga Lions into the knockout stages.

His dribbling, agility and balance will naturally draw parallels with Sadio Mane, and expect the Diambars talent to also catch the eye with his strength and tenacity in possession.

Steve Mvoue of Cameroon U-17

As soon as it was announced that Etienne Eto’o – son of Samuel – would not be featuring in Brazil, all eyes in Cameroon turned towards attacking midfielder Steve Mvoue.

The winner of the Player of the Tournament at this year’s U17 African Cup of Nations, his performances were so impressive he was called up to the senior squad by Clarence Seedorf ahead of their own Afcon campaign during the summer.