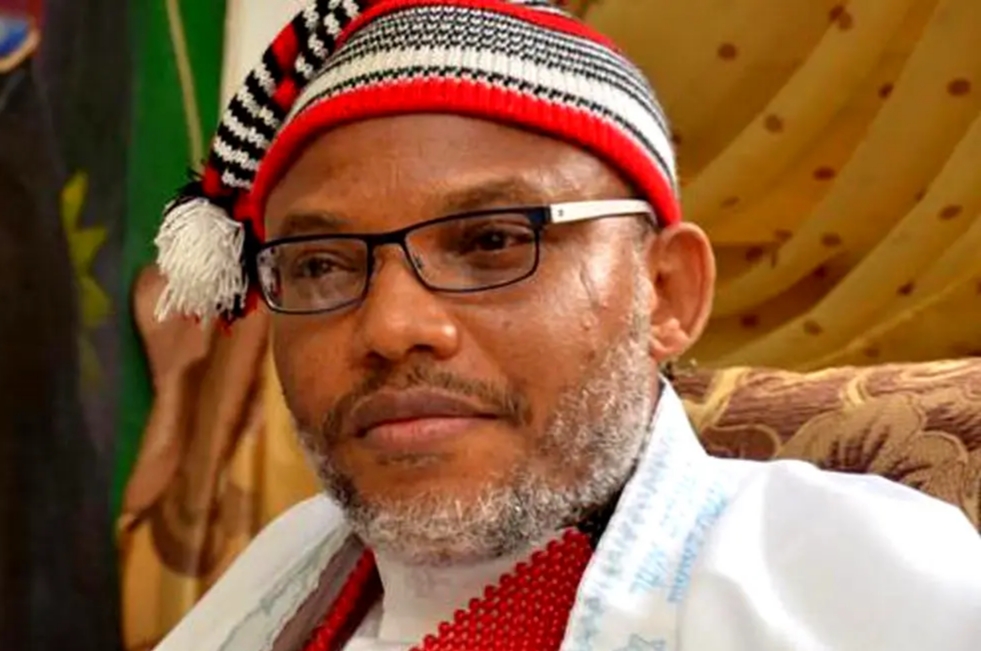 The failure of  leader of the Indigenous People of Biafra (IPOB) Nnamdi Kanu to appear before the Federal High Court in Abuja for continuation of his trial is blamed on the inability of the Department of State Services (DSS) on Monday, failed to produce the detained leader in court.

When the case was called up around 11:09 am, Government lawyer, M. B. Abubakar, blamed Kanu’s absence in court on what he termed as “logistical problems”.

Abubakar, while acknowledging that the matter was slated for hearing, told the court that he was ready to proceed in Kanu’s absence, adding that he has three witnesses ready to testify.

The Prosecution however sought the court’s direction on whether the matter could go on, considering that the High Court has commenced its annual vacation.

He argued that it would be impossible to proceed with the case in the absence of a Fiat from the Chief Judge of the High Court.

On his part, Kanu’s lawyer, Mr. Ifeanyi Ejiofor told the court that the life of his client was in danger.

Ejiofor told the court that he had been unable to have access to his client for the past 10 days.

“My lord, speaking from the Bar, I got it on good authority that my client has been taken away, outside the jurisdiction of this court”, Ejiofor added.

He equally argued that it would be in the interest of justice for CJ of the court to issue Fiat for the trial to go on during the courts vacation.

Meanwhile, trial Justice Binta Nyako noted that the case could not go on in the absence of the Defendant.

Though Justice Nyako acknowledged that she could not proceed with the case without Fiat allowing her to sit as a vacation judge, she made an order, directing the DSS to grant Kanu access to his lawyers.

The judge also ordered that Kanu must be produced before the court on October 21 which is the next adjourned date for the matter.