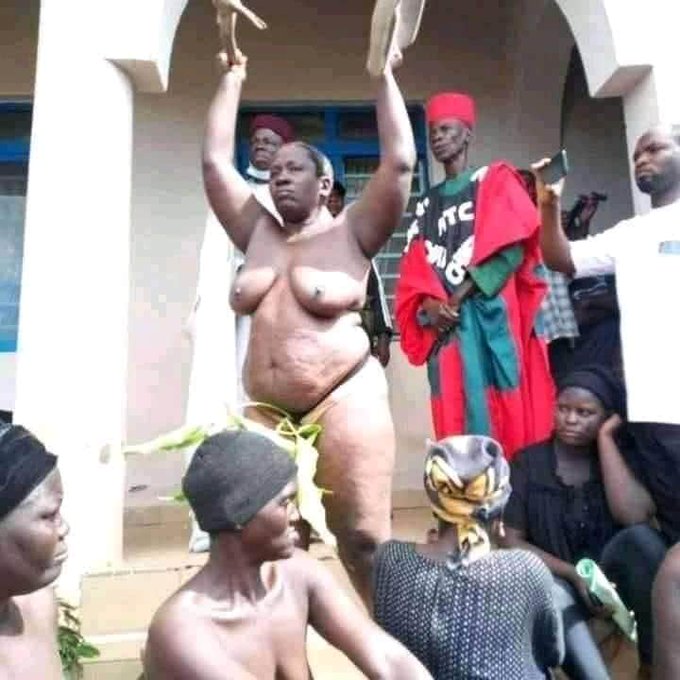 The women of Southern Kaduna, the region in Kaduna State Nigeria that has witnessed rising insecurity and endless killings, have gone nude in protest of their plight.

Southern Kaduna, who are predominantly christians, alleges that the killing is a genocide perpetrated by Jihadist Fulani Herdsmen.

However, the Nigerian government, in a recent statement, refutes genocide and attributes it to “the evil combination of politically-motivated banditry, revenge killings and mutual violence by criminal gangs acting on ethnic and religious grounds.”

Corroborating, the Christian Association of Nigeria (CAN), an umbrella organisation containing numerous Christian denominations in Nigeria, alleged that the Nigerian government is twisting facts and trivialising serious matters.

It further called on the government to apply the principle of justice for all in addressing conflicts in the country.

Confiance News gathered that Kaduna State is one of the most heterogeneous in the country with the two main religions of Islam and Christianity predominant in the northern and southern parts of the state respectively.

More so, in southern Kaduna alone, there are reportedly well over 45 ethnic nationalities with equally different languages and varying cultures.