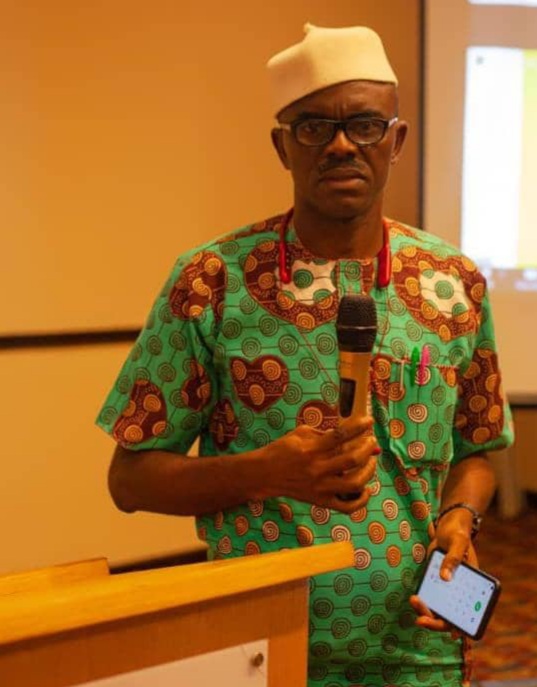 Publishers have been advised to avoid any thing capable of leading them into committing ‘hotlinking’ of images.

Confiance News gathered from a statement from the Publicity Secretary of the Guild Of Corporate Online Publishers (GOCOP) and the Lead Consulting Strategist and Group Executive Editor, ITREALMS Media group, Mr. Remmy Nweke on Wednesday.

Nweke, whose company publishes ITREALMS.com.ng, DigitalSENSE Business Magazine and NaijaAgroNet.com.ng, gave this counsel at the two-day 2021 Annual General Meeting (AGM) and conference of the GOCOP held at Sheraton Ikeja-Lagos, at the weekend.

Nweke who dwelt on ‘Know Your I.T. for Digital Publishers’ urged online publishers to be weary of committing ‘digital sins’ especially by consciously linking images from another online news medium directly in order to save their own bandwidth.

According to him, knowing fully well that images take a lot of bandwidth it would amount to committing a ‘digital sin’ by deliberately linking images from another online news platform directly.

He defined ‘hotlinking’ or ‘digital sin’ for publishers, as when a website links to an image or other media file that is hosted on an external server, that is, another website so that the image is embedded into the web page.

He explained that in the real sense of it, websites or rather publishers who do this or authorizes it, instead of uploading the image directly, should realise they do not actually host the image on their servers.

Pointing out that though when viewing a website, it’s not always immediately clear that an image is hotlinked, because it blends seamlessly into the page, but the bandwidth of the real host is in use.

Nweke advised GOCOP members to ensure they have a standard image sizes which must align with their medium online because of images cannot be over-emphasised, even as he said every image or video have cost implication that publishers must be sensible of for the sustenance of their businesses.

This kind of misdemeanor, he said has been on the rise given the increase in online news publishing platforms that emerge annually, even as a cited an instance of a “320 x 240” of 10 seconds would take up about 1.5 MegaBytes (MB), while what is called normal size of ‘640 x 480’ thumbnail consumes about 50 KB or about 20 per MB data.

He highlighted somethings digital publishers ought to know to include that prerequisite of different skills in an online environment and always ensuring their domain names never expire.

Publishers, Nweke said, need to know what should be embedded, the cost as regards the financial inflow of the advertisements placed on the platforms so as to aggregate the return on investment, even if you have ‘capable hands’ because the buck stops on your desk.

“You will most certainly decide on how to market your product which is your online platform; basically entrepreneurs think about making profit to sustain the publication,” he said, stressing that though their deadlines are self-imposed, they must stop clicking on Google Ads in their websites from same Internet Protocol (IP) address and described IP as the address that computers, servers and other devices use to identify one another online, and offers them opportunities to publish from anywhere in the world.

Further, Nweke underscored the fact as digital publisher, they should have fundamental knowledge of Hypertext Markup Language (HTML coding), which he defined as “a standardized system for tagging text files to achieve font, colour, graphic, and hyperlink effects on World Wide Web (www) pages, and usage.”

Equally important, he said, is the knowledge of File Transfer Protocol (FTP), which is a standard communication protocol used for transfer of computer files from a server to a client on a given network and helps them as largely editor-in-chief of their entities “to edit your documents once online or cloud archives.”

As said by him, publishers must take responsibility for their professional development by building their publishing skills and knowledge with distance-learning courses as well as maximising their presence and data online.

“You will ultimately be prepared to incorporate a specific wellness activity into your life by engaging in a series of training designed to build more productive habits. So, please take your health seriously. Health is wealth even in digital age,” he enjoined.