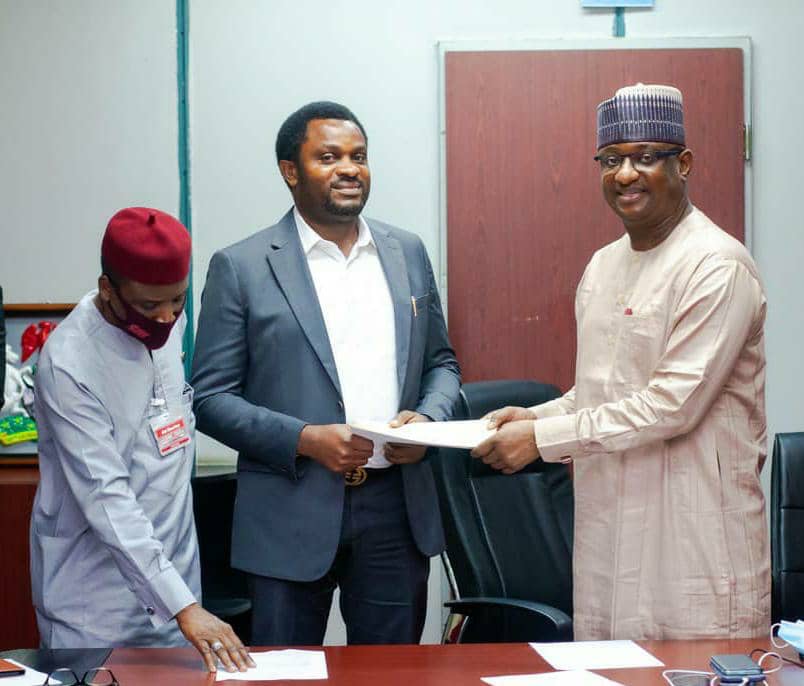 Following its commitment to teeming entrepreneurs and youths’ empowerment, Heritage Bank Plc has been engaged by the Federal Government (FG) to commence account opening for beneficiaries of the Special Public Works (SPW) Programme through-out the 774 local governments areas in the country.

Heritage Bank told Confiance News in a statement on Monday.

Also, five other financial institutions- Zenith, UBA, Access, Fidelity, FCMB are part of the banks appointed to engage in this exercise.

The Minister of State for Labour and Productivity, Festus Kenyamo announced issuance of letters of engagement to six Nigerian banks to commence account opening with Bank Verification Numbers (BVN) for the 774,000 participants of the SPW Programme in their branches, through-out the 774 local governments.

The information was disclosed via the verified Twitter handle of the minister.

Recall that 1,000 participants were drawn each from the 774 local government areas in Nigeria for the Special Public Works Programme. In response to the nature of diversity and remoteness of some participants, the minister allayed the fears of missing out from the registration by the beneficiaries, stating that it has gotten assurance from the banks that even in places where they have no physical presence or branch, registration centers would be provided; hence participants don’t need to travel far.

The minister said, ‘‘The banks assured us that even in LGAs where they don’t have branches, temporary registration centers would be opened in such LGAs so that the participants would not have to travel far to open their accounts”.

The minister further remarked that the breakdown of banks taking care of each of the LGAs will soon be published.

Explaining the core areas of the SPW programme, Kenyamo said, “Special Public works department is one of the four core focus of the NDE. It seeks to identify and optimize employment opportunities that abound in the public works sector by organizing the skilled, un-skilled and semi-skilled persons that are unemployed to carry out utility, environmental, infrastructural development and sanitation works.

Speaking on this development, the MD/CEO of Heritage Bank, Ifie Sekibo stated that engaging the bank on such arrangement was a demonstration of Heritage Bank’s commitment to using financial inclusion to boost entrepreneurship development, which is critical to its mission to create, preserve and transfer wealth across generations.
He reiterated the bank’s commitment on investing in human capital development, especially entrepreneurs for critical economy recovery.

Expressing Heritage Bank’s feats in the areas of innovativeness in the aspect of empowering Nigerians- entrepreneurs and youths alike for economic growth, Sekibo explained, “On the economic level, you know that entrepreneurship drives employment, it drives social change, so we are really doing it for both social and economic change.”

Meanwhile, he reiterated that the bank had continued to make efforts to lead the recovery of the Nigerian economy through championing several empowerment schemes like HB Lab, The Next Titan, Youth Innovative Entrepreneurship Development Programme (YIEDP), Centre for Values in Leadership (CVL) on Young Entrepreneurship Business Training Programme (YEBTP), Young Entrepreneurs and Students (YES) Grant and Nigerian Youth Professional Forum (NYPF), amongst others.

He restated that the aim of Heritage Bank being at the forefront of youth empowerment is to emancipate the latent entrepreneurial spirit in the teeming youths to unleash their support to the growth of the economy.