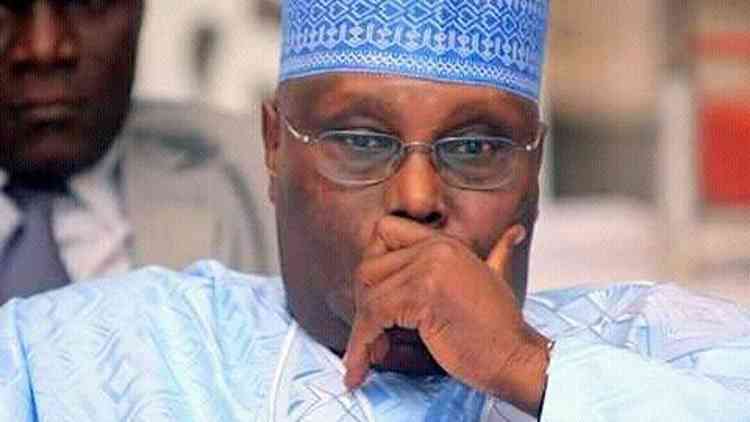 Atiku spoke when he chaired the launch of a new book by journalist Chido Onumah in Abuja on Thursday afternoon. ‘Remaking Nigeria: Sixty Years, Sixty Voices,’ was unveiled at the Shehu Musa Yar’Adua Centre, Abuja.

The book collected critical voices from across the country to reflect on the country’s journey since Independence and suggest ways out of the country’s myriad crises.

The book came six years after Onumah wrote ‘We Are All Biafrans’ to demonstrate a metaphor for the mutual disaffection and claims of marginalisation amongst Nigerians of all tribes and ideological persuasions.

Abubakar, who challenged but lost to Mr Buhari at the 2019 presidential polls, said Nigerians should learn from Mr Buhari’s divisive mindset and emulate ideals that promote unity and economic prosperity in order to leave a lasting legacy.

He said, “I find it amusing when people declare Nigeria’s unity as fixed and non-negotiable while doing everything in their power to destroy that fragile unity.

“Nothing in the relationships among peoples is fixed for eternity. You cannot declare your marriage as non-negotiable while doing everything to sow seeds of discord in that same marriage.

“Nations are built through conscious or even unconscious agreement by peoples who believe that being together is, on balance, more beneficial than being apart.”

On the insecurity ravaging the country, Atiku said, “But who would have thought that our country would become a haven for kidnappers and all manner of bandits to the extent that their nefarious activities would become a major industry?

“They have been allowed to operate so openly and brazenly that it would surprise no one if they applied for registration with the Corporate Affairs Commission and listing on the Nigerian Stock Exchange.

He also blamed the Northern region and the country for not doing enough to check the encroachment of the Sahara Desert and the drying out of Lake Chad, saying that this was responsible for trajectory of the insurgency in the North-East and the banditry across the Northern states.