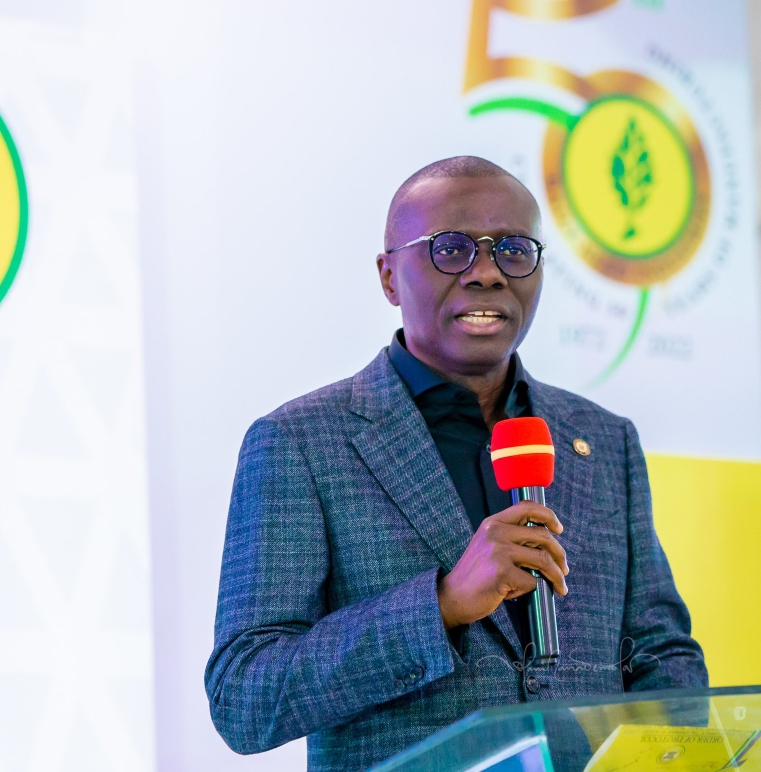 … alleges that Sanwo-Olu is his biological father

Emmanuel Moses Sanwo-Olu has dragged the Lagos State governor, Babajide Sanwo-Olu to court, claiming to be his biological son.

The suit was filed at the Delta State High Court sitting at Effurun, Delta State, Confiance News gathered from a report by TheNigeriaLawyer on Tuesday.

In the SUIT NO.: EHC/148/2022 BETWEEN Emmanuel Moses Sanwo-Olu and Babajide Sanwo-Olu, the Claimant claims that he was the product of a relationship which existed between his mother, Grace Moses and the Defendant in 1994/95.

In his Writ of Summons issued by J. O. Aikpokpo-Martins, Esq., and Exclusively obtained by TheNigerialawyer, the Claimant is praying the court for;

a. A declaration that the Defendant is the biological father of the Claimant begotten from Madam Grace Moses of Oleri, Delta State.

b. An order directing and compelling the Defendant to acknowledge and accord the claimant all the rights of a son in accordance with all the laws applicable whether customarily, statutorily or constitutionally.

c. An Order of perpetual injunction restraining the defendant from further denying the parenthood of the claimant.

In a 19-paragraph statement of claim attached to the writ, the Claimant claims inter alia; Governor Sanwo Olu was a staff of a private company operating in Warri and its environs in Delta State from 1994 to 1995, and in the course of living in Warri in the said period, he dated a girl known as Grace Moses from Oleri village near the Warri metropolis, Delta State from between 1994 to 1995.

He further alleged that the said Grace Moses ultimately got pregnant for the Governor Sanwo-Olu in 1994 to the defendant’s knowledge and without any form of recriminations from him. But shortly after, the defendant just disappeared and Grace Moses never heard from, or heard of, nor saw the defendant till date.

The claimant avers that when his mother did not hear from the defendant again, she out of desperation, fear and despair visited the only person that the defendant introduced to her as his sister, who was then living at Jakpa Road axis of Warri-Effurun. She was informed by the said sister that the defendant had been transferred out of Delta State; Grace Moses resigned to fate and gnashed her teeth in regret and in shame.

The Claimant’s statement further avers that ultimately, Grace Moses gave birth to him, and named him Emmanuel Moses; Moses been the claimant’s mother’s family name. According to the Claimant, he was brought up all alone by his mother in shame, despair and difficulties as may be reasonably expected for an unmarried poor girl from a poorer background.

In the course of time, she enrolled her son in school as Emmanuel Moses.

As may be expected, in the course of time, the claimant started asking who his father was and demanded to know his family. Under intense pressure, the Emmanuel was informed that his father was a Yoruba man known as Jide Sanwo-Olu, who claimed to hail from both Ijebu-Ode and Epe; that was the little the claimant’s mother knew about the defendant’s background.

The claimant avers that his mother further informed him that some unique features she noticed in the defendant then was that the defendant was left-handed and always clean shaven. She also remembered the defendant to be very gentle, caring, respectful and soft-spoken.

The claimant could not believe this until he watched the video of the defendant on television inspecting some projects. He therefore visited his mother for more quizzing; he downloaded the picture of the defendant from his Instagram page and also downloaded pictures of 7 other men and gave them to his mother to identify who his father was. The claimant’s mother positively identified the picture of the defendant from amongst the several pictures brought before her as the man she had an affair with between 1994 to 1995. The claimant’s mother at this stage did not know that the Defendant was the Governor of Lagos State.

The recorded video of the television broadcast of the defendant was also played for the claimant’s mother and she instantaneously and positively identified the defendant as the Jide Sanwo-Olu who was in Delta State from1994-95, and whom she had a scintillating affair with; got her pregnant and the father of the claimant.”

According to Emmanuel, all attempts to reach the Defendant has since proved futile and therefore necessitated the instant action.

He further stated that during the trial, he shall seek for a DNA test to prove his claim and hereby call on the defendant to waive his constitutional immunity to agree to a DNA test if he insists that he is not the claimant’s father.

The court processes were filed and dated on the 1st of August, 2022, and the Defendant was yet to respond at the time TheNigeriaLawyer filed this report.