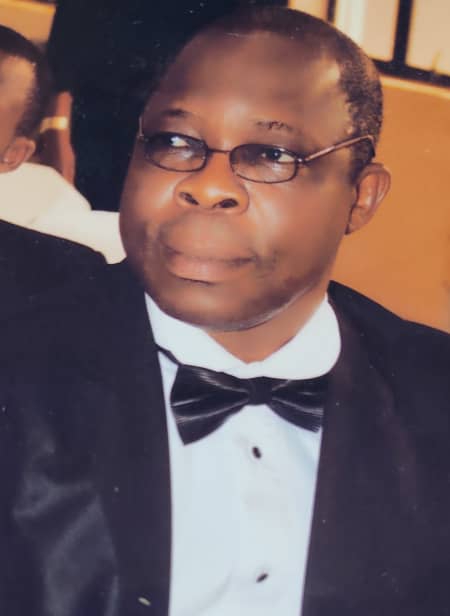 At last, the Federal Government has woken up from its slumber. The Minister of Education, Adamu Adamu, has agreed to be actively involved in the negotiations with the Academic Staff Union of Universities (ASUU) to end the lingering strike. He also promised to get a result within the two weeks

According to media reports, Adamu gave this indication last week during a meeting with President Muhammadu Buhari by relevant government ministries, departments and agencies . The President was said to have been updated on the current face- off with ASUU, which is now in its sixth month.

Adamu is to be joined in negotiations by the Minister of Labour and Employment , Dr Chris Ngige, and the Secretary to the Government of the Federation, Mr Boss Mustapha, who would both act as observers.

This is encouraging. Since the beginning of the strike about six months ago, this is the first time we are seeing serious efforts on the part of the Federal Government to resolve the issue. Ngige, who has been discussing with ASUU representatives, did not appear to enjoy the confidence of ASUU. They believe he is a biassed Conciliator , who did not mean well for the Union. Instead of joining the negotiations from the beginning, the Minister of Education did not bother.He claimed that the issue was for the Labour Minister to resolve. Is it any wonder that nothing concrete has been achieved since the discussions began ?

Other Unions Threatening to Strike

Meanwhile, many other Labour unions have since vowed to join the strike in solidarity with ASUU. They include the Nigeria Labour Congress( NLC), Trade Union Congress (TUC ) , the Association of Nigeria Aviation Professionals (ANAP), National Association of Aircraft Pilots and Engineers (NAAPE), Medical and Health Workers Union of Nigeria (MHWUN), National Union of Petroleum and Natural Gas Workers (NUPENG)

Students of federal universities are also preparing for protests if the lingering strike continues.

The Grievances of ASUU

Most of the grievances of the university lecturers revolve round funding of the institutions , university autonomy and their welfare.

They are asking both the federal and state governments to fund public universities. It is a shame that most of our universities today have no functional libraries and laboratories.

They are asking for discontinuance of the implementation of the Integrated Payroll and Personal Information System (IPPIS) , which they say negates the autonomy of the universities. Instead, they are asking for the immediate deployment of University Transparency and Accountability Solution (UTAS), which was developed by universities themselves to replace IPPIS.

They are asking for Earned academic allowances , adjustment in their salaries and payment of promotion arrears.

It is regrettable that most of these issues have been on the table for many years without resolution.

ASUU started going on strike since 1988 during the military regime of President Ibrahim Babangida. The usual solution then was to proscribe the union while most of the issues that generated the strikes remained unresolved.

Implications on our education sector

Many potential university undergraduates could not start their programmes because of backlog of admissions which many of the institutions could not attend to.

Obviously, this is negatively affecting student performances. It is not easy for students to absorb well if they have to abandon studies for up to nine months because of strikes.

It has ofcourse lowered our education standards in all ramifications. It is instructive to note that both students and lecturers who spend a significant proportion of their time on fighting for their survival instead of concentrating on learning cannot gain meaningfully from this situation.

There is no doubt that these recurring strikes have pushed many of our students into all manner of crimes. Is it any wonder that we keep recording an increase in the level of crimes and insecurity in the country.? Is it not possible for our students roaming the streets to join these groups of kidnappers, bandits and terrorists threatening the peace the country?

Unlike in the sixties ,seventies and even eighties when certificates from our universities commanded respect at home and abroad, our certificates are no longer respected . It is instructive to note that most of the top professionals in various fields abroad got their first degrees in Nigeria universities between the sixties and eighties. Beyond that, most of our universities had a sizable population of foreign students during the period. Today, the situation is different.

An average Nigerian University undergraduate has no access to materials that will equip him or her for future challenges.

How to end the strikes

To end this lingering and recurring strikes in the universities, some people have called for the banning of ASUU but as we observed during the military regime, this is not the solution.

As I have said in a previous a write-up, drastic challenges require drastic solutions.

It is obvious that our public office holders do not mean well for the generality of the citizenry. They are self-centred.

Beyond this, we should make education at all levels compulsory. The recently proposed amendment by the ninth National Assembly to make education free and compulsory only at the basic level should further be looked into. Education should be made a fundamental human right like other rights in Chapter IV of our Constitution.

The current situation where only about eight per cent of our National Budget is allocated to education should be reviewed. Forward – looking countries allocate higher percentages of their budgets to education. In China, for instance, it is about 10.5 per cent) while Cuba allocates about 12.8 per cent . Even some African countries allocate more to education that we do here. It is 15 per cent in Egypt and more than 17 per cent in Ghana. Apart from the meagre allocation, it is obvious that resources are not applied for the purpose they are meant for in this country. The probability that they will be embezzled by public office holders and their cohorts is very high.At the end of the day, it is the ordinary Nigerians that will suffer the consequences.

Governments at both the federal and state levels must stop establishing more universities when the existing ones are not properly funded..

The crises in our education sector require urgent and drastic solutions. This can only be addressed through good governance.

Until we have sensitive, responsible and accountable leaders , these challenges will continue to live with us.