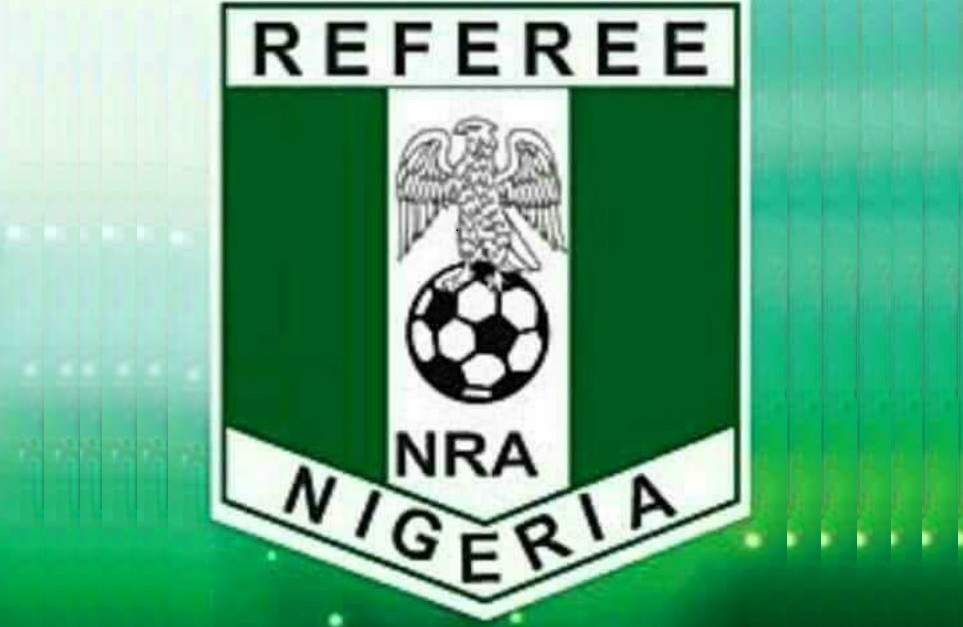 Nigerian referees appear to be the least catered for in the sports sector.
Even when victories are won during football matches, very little is spoken about them. Hence, they are like the unsung heroes in every match.

It is quite disheartening to see a large number of them groaning under unpaid indemnities, worststill in an economy badly battered by galloping inflation rate and the scorching effects of the COVID-19 pandemic.

Investigations by Confiance News showed that the referees under the aegis of NPFL have not been paid a dime since the commencement of the 2020/2021 season, which is almost a full season.

One of the referees who agreed to speak under anonymity said, “NPFL have played up to week 32. No indemnity yet, remaining 6 matches to conclude the season,” he complained.

An indemnity is the term given to the allowance paid to referees.

A season under the NPFL is made up of 38 matches.

Appallingly, referees of the Nigerian National League (NNL) are suffering similar fate, safe for the pockets payment of indemnities for just half a season with the rest of the seasons being unpaid.

Yaks Adams, one of the referees, in frustration took to his Facebook handle to lament his plight and that of his fellow colleagues. He said:

“It is no longer news that since the commencement of the 2021 NPFL season to date no Nigerian referee or assessor has been paid his match indemnity, yet the Nigeria Referees Association NRA under the leadership of Alhaji Tade Azeez, Alhaji Sani Zubairu as secretary of the Referees committee and Alh Inuwa Ahalan as chairman of the committee is bent on assembling all referees in Abuja.”

Further investigations by Confiance News showed that the indebtedness to referees is an age long trend, which worsens when a sitting NRA president and Committee leaders serve their second term and are about to leave office.

According to a referee at NNL who prefers to be anonymous, “When they are elected for their first term in office they try to pay our indemnities but when they are successfully elected for their second tenure, they will keep procrastinating and refuse pay until they leave office. The unpaid money will become story; it will not be paid anymore.”

Apart from the unpaid indemnities, the referees decry victimization, insecurity and violence..

Confiance News recalls an incident, specifically, NNL match week 14, group A2, held in Kano state between GK Shekarau Football Club (FC)- the home team and DMD FC, which is the away team, where one of the referees, Mr. Adetunji Kolawale, was beaten to stupor by the home team who lost the match to the away team.

Although Confiance News made several calls to the NRA President, Tade Azeez, to get his reaction on the matter, he was adamant and refused to speak on the matter.
“You don’t expect me to grant you interview just like that,” he said; then the call dropped.

Nevertheless, the National Publicity Secretary of NRA, Kelechi Mejuobi, in reaction to the matter shifted the blame to the Nigerian Football Association Referee Committee and the sponsors.

“Ask the organisers and the sponsors why referees indemnities are not being paid,” he said.

Still on the investigation, Confiance News made several attempts to reach the chairman of the Nigeria Football Federation (NFF) Referees Committee, Shariff Inuwa both via calls, Short Message Service (SMS) and WhatsApp to get his reactions to no avail.
When he was reached via calls, he simply said he was driving and that was it.

Confiance News also made attempts to speak to the Senior Adviser on Media to the Sports Minister, John Joshua-Akanji, who stated that he could only react to the matter if authorised by the Minister.

Although Mr. Joshua noted that there are committees that are responsible for the group (referees), he also suggested that a formal petition on the matter would suffice.

Checks by Confiance News showed that the referees of the NPFL just concluded a six-day fitness test in Abuja.

Reacting to the event, Adam’s said,”These referees are going to Abuja to feed themselves for six days, transport themselves thru and fro Abuja and possibly pay registration fee as participation fee, yet this guys are not paid a dime.”

Although extracts from a statement signed by Emejuobi showed that the welfare of the referees, including unpaid indemnities is being looked into, the referees are still in doubt if anything good will come out of it.

“On the vexatious issue of non payment of match Indemnities to referees engaged in the NPFL, Dr Sanusi Mohammed, in the presence of the Chief Operating Officer, COO, of the NPFL, Salisu Abubakar, revealed that the federation has intervened on the matter and has hitherto made a reach out to the organisers of the Nigeria Professional premier league to pay Indemnities to the referees involved,” the statement revealed.