Why creating environment to attract Forex is critical 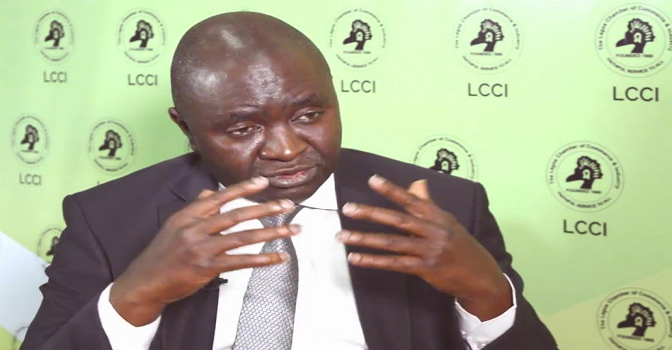 The immediate past Director General (DG) of the Lagos Chamber of Commerce and Industry (LCCI), Dr. Muda Yusuf has called on the Nigerian authorities to create an enabling environment that will encourage export business and attract foreign exchange (forex).

Nigerian economy, according to him, has the capacity to attract a lot of foreign exchange because of its size, stressing that there are potentials and opportunities that are still hidden.

Speaking at the monthly forum of the Finance Correspondents Association (FICAN) on Thursday, Yusuf stated that foreign exchange earning is all about creating the environment for more inflows to come in the form of diaspora remittances,foreign direct investment inflows, foreign portfolio investment, export proceeds among others.

The theme of the forum is : “post COVID-19 economy in H1:2021 and outlook for financial services sector.”

Specifically, the former DG observed that the exporters are passing through a lot of difficulties, adding that the way to attract foreign exchange is to export but ” if you go to the ports and see what exporters are going through, you feel sorry for them and the Nigerian economy in general.”

” For instance, the process for export cannot begin until an exporter has loaded the truck and paid the truck owner.

He also said that the policy of exchanging export proceeds at the Nigerian Autonomous Foreign Exchange (NAFEX) rate is not fair to the exporters because of the gap between the official and unofficial exchange rate windows.

This he revealed, is one of the reasons why some of the exporters hide their export proceeds.

“Exporters should have free access to their export proceeds and be incentivised, just like the Nigerian diaspora were encouraged with the Central Bank of Nigeria’s naira 4 dollar exchange rate policy for remittances.

Yusuf further stated that looking back in to the last six months, the monetary policy makers retained policy parameters as the committee tried to maintain a balance between boosting growth recovery and curbing the monetary component of inflationary pressure.

The CBN, according to him, sustained its developmental finance intervention in the first half as part of efforts in stimulating local production.

“The banking industry demonstrated resilience amid disruptions associated with the pandemic, attributable to the policy intervention of the CBN,” he said.

Going by key ratios, Yusu added that the banking industry is financially stable and sound with industry capital adequacy and liquidity ratios above regulatory threshold while non-performing loan ratios is slightly above the five percent prudential guideline.