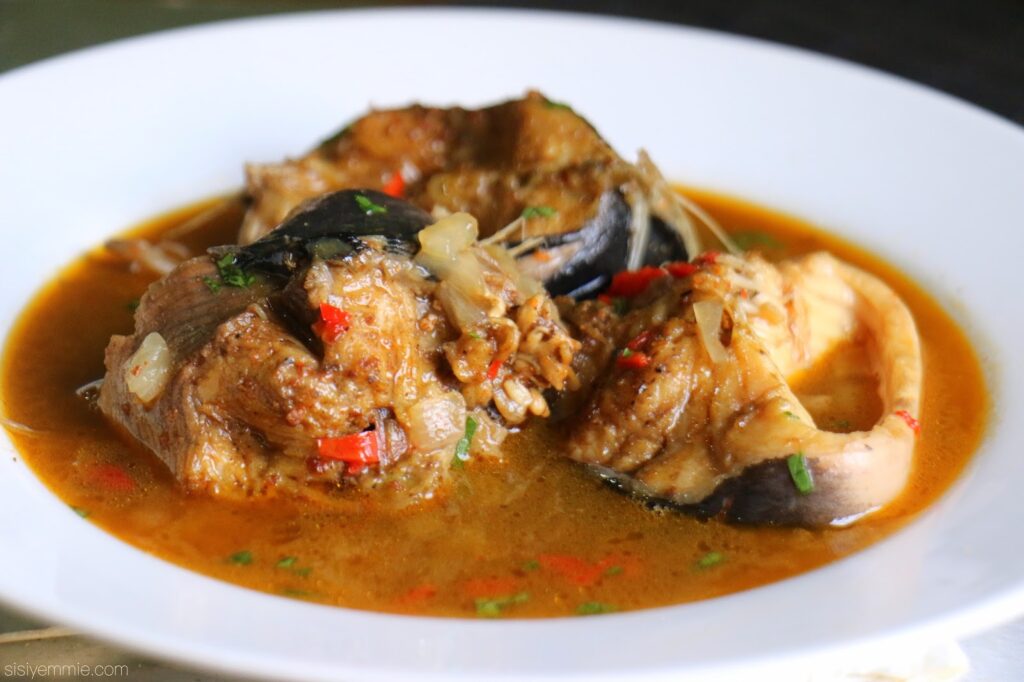 Catfish pepper soup (popularly known as Point and Kill) is one of the ultimate comfort Nigerian food that is usually eaten at exclusive Nigerian bars and restaurants, its delicacy is irresistible to many people it is very common at social gatherings.

It is called point and kill because the customer chooses the fish or fishes they want from a big bowl where some live catfish are swimming around; the fish will be killed in the guest’s presence and taken away for preparation.

Catfish is one of the most popular fish consumed in the world but Is the fatty acid mix in catfish healthy or harmful? do you know that the omega 6 fatty acids in catfish can increase your risk of getting blood clots, arthritis, inflammatory bowel disease and some cancers? Consumption of these types of fatty acids is thought to be associated with reduction in blood pressure and reduced risk for certain cancers, inflammatory conditions such as rheumatoid arthritis, and even mental decline.

A cardiologist, Dr. Jane Anisulowo, says that farm or home-grown catfish is the worst example in this regard, as it contains more fatty hormones than the ones harvested from natural water

Anisulowo says, “Fish is better than meat, no doubt. It digests easily and it contains proteins. However, catfish is not really a good option, especially the ones they sell these days, which are cultivated with hormonal feeds that are filled with steroids and other fattening chemicals just to make them profitable. These chemicals are cancerous in nature. “Also, they contain so much oil that you can almost taste it. Fish, generally, contains oil, but catfish has oil in its skin. That is what makes it so oily and unhealthy.

“It also contains a lot of poly unsaturated fat that does not only make you fat but also settles in the blood stream. That is very dangerous because when blood fails to get to an organ, it fails and suffers paralysis.”

“If you can get the one from the river, which is rare in most cities, then you may eat it twice a month. But if the only one you can get is the one that is being reared by farmers, you don’t have to eat at all, or just eat it when it is partially smoked. In that way, some of the fats would have been lost in the process. Better still, there are some other species of fish that are oily but they contain good fats and are more nutritious.”

Catfish is delicious but its sad to know that it is harmful to our health and good health assures you of a good life.