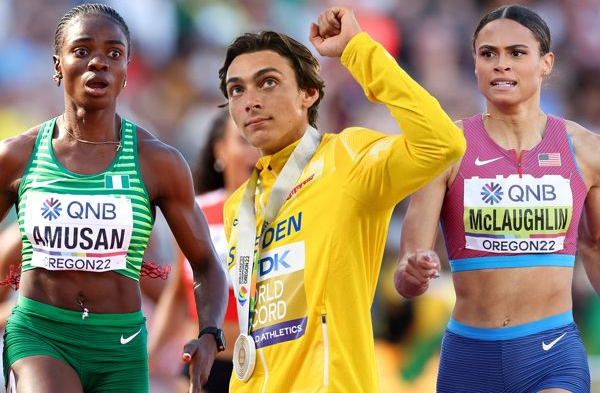 McLaughlin’s was the first of the senior records to fall at this year’s World Athletics Championships, the US 23-year-old obliterating her own previous world record with a time of 50.68. It is the fourth world 400m hurdles record of McLaughlin’s career following her 51.90 at the 2021 US Olympic Trials, 51.46 at the Olympic Games in Tokyo and 51.41 achieved at this year’s US Championships. That 51.41 has also now been ratified.