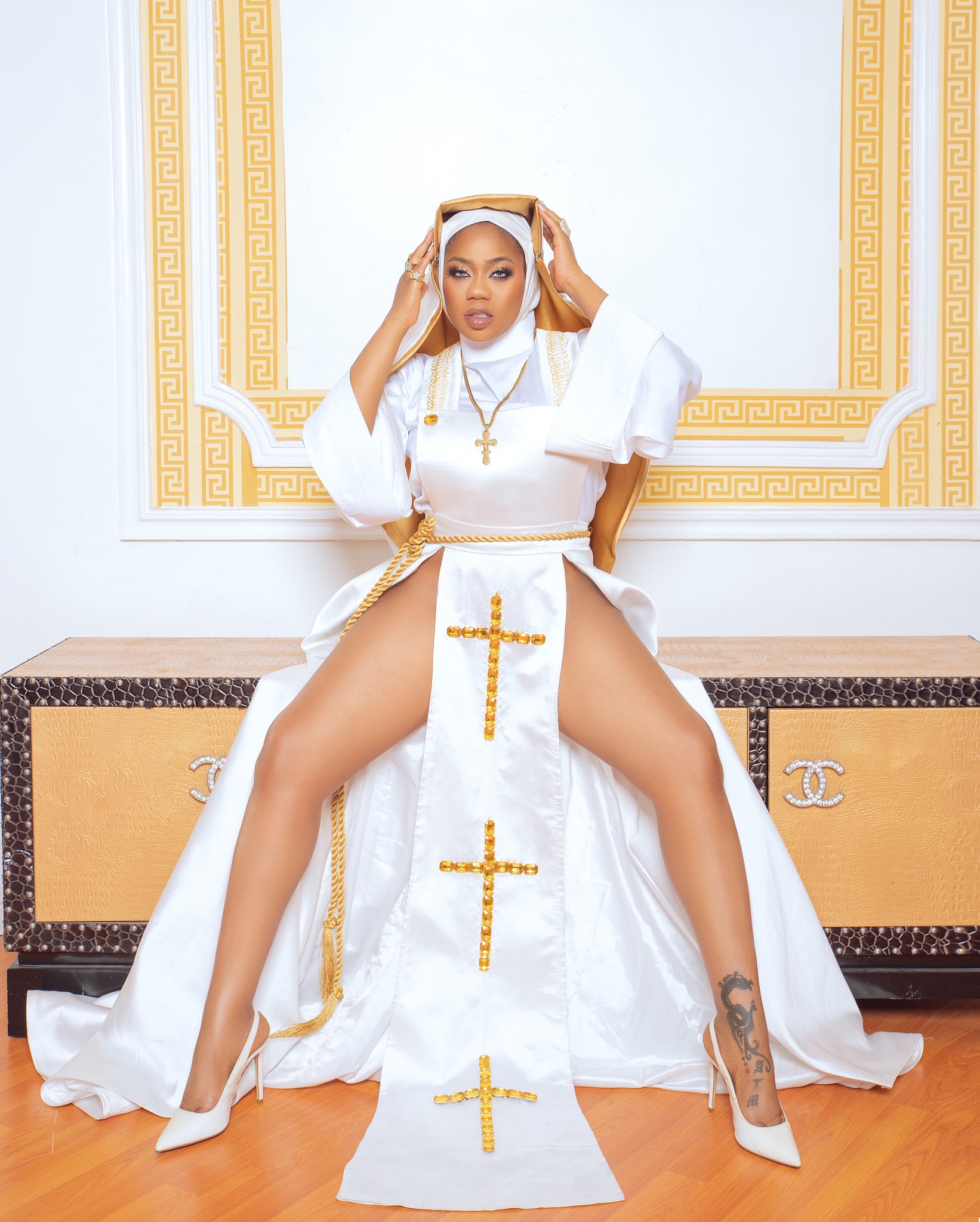 Collins dictionary defines fashion as a style of clothing or a way of behaving that is popular at a particular time.

Although fashion is quite expressive, religion appears to interfere with it.

Nevertheless, Toyin Lawani, Chief Executive Officer (CEO) of Tiannah Place Empire was not spared, as fans and critics trolled her for blasphemy for posing in a nun outfit which scarcely covered her female genitals.

Similarly, Rahama Sadau, a Nigerian actress, film maker and dancer was also under hammer for posting pictures of a dress exposing her back on her Twitter handle.

Muslim fanatics slammed her for indecent dressing and blasphemy against the islamic religion.

She was also alleged to have been arrested by the police in Kaduna State, an allegation which she openly refuted.

The Kaduna born actress was, however, forced to delete the pictures and apologised to her fans.