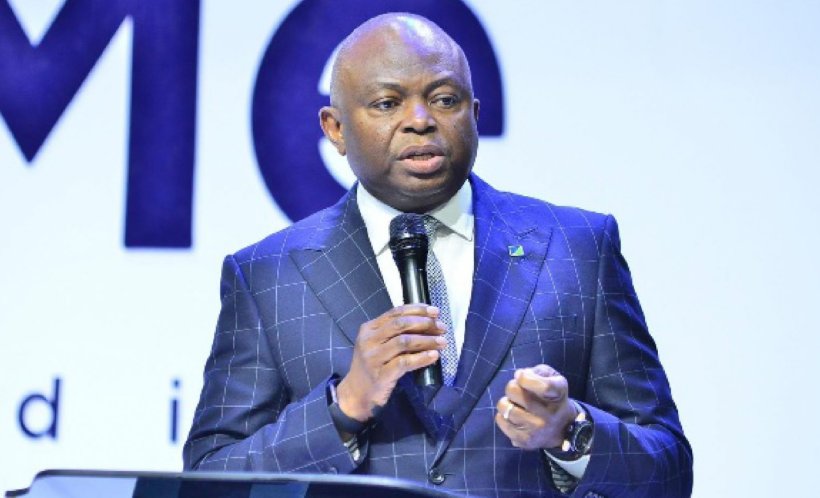 …as EFCC may re-open case

The decision of the Federal Government to free Nnamdi Okonkwo, the embattled former chief executive officer of Fidelity Bank Plc, who was indicted in a $115 million money laundering scandal, is causing ripples in the country, THE WITNESS is reporting.
Recall the Economic and Financial Crimes Commission (EFCC) under the watch of Ibrahim Magu, had arrested and charged Okonkwo before a Federal High Court, Ikoyi, Lagos State, on a 14-count charge of conspiracy and money laundering.
The anti-graft agency had accused the former Fidelity Bank chief and some officials of the bank of allegedly receiving $115 million from a former minister of Petroleum Resources, Diezani Alison-Madueke.
However, a recent check by THE WITNESS shows that Okonkwo has been freed as the case, which the EFCC had earlier described as ‘unprecedented’, has been struck out for “lack of merit”. Surprisingly, the federal government has continued to battle Diezani over the same matter.
The development has, however, raised dust amongst concerned Nigerians as they said `it further portrays the President Muhammadu Buhari’s administration mandate to eradicate corruption in bad light in the global space.
’Three big questions on the lips of Nigerians begging for answers are:

1. Why will the government through the EFCC drop a case of such magnitude against Okonkwo, an accomplice, who is supposed to be jailed, but continues to battle Diezani Alison-Madueke and others?

2. Okonkwo, in his confessional statement to the EFCC had admitted to the crime. Have the funds allegedly laundered been forfeited to the federal government?

3. Even if the court in its wisdom had struck out the case, considering the amount involved, why has the EFCC not appealed the judgement or called for retrial?

Nigerians have, however, called on the president to direct the new EFCC chairman, Abdulrasheed Bawa, to revisit the matter, re-charge Okonkwo to court and investigate the former EFCC chairman, Magu, on what transpired.