‘Simi’s baby looks like she doesn’t take nonsense from anybody,’ fans react as Simi’s daughter turns one 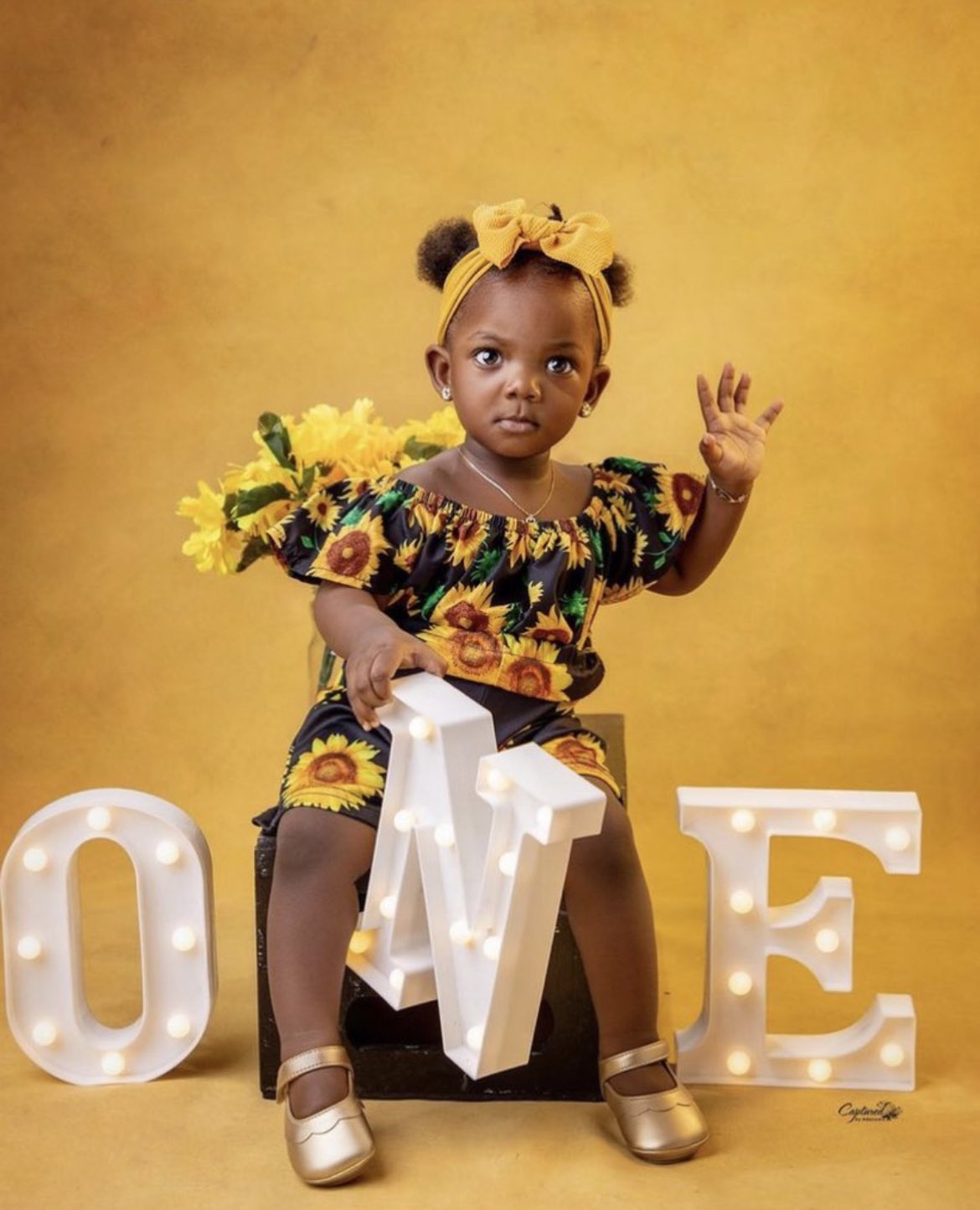 Fans have taken to Twitter to pour their greetings on the family of Nigerian singers and song writers, Adekunle and Simi Kosoko as their daughter, Adejare Kosoko, clock one.

Confiance News gathered that Adekunle Kosoko, also known professionally as Adekunle Gold, took to Twitter to announce that his daughter clocked one.

“Just like that, i’m a father of a one year old! My Deja is ONE! Red heart,” he exclaimed.

Although friends were puzzled over the resemblance of Simi and her daughter, a tweep known as Hauwa appears to hold a divergent view.

According to Hauwa, Adejare’s look meant she is principled.

“Simi’s baby looks like she doesn’t take nonsense from anybody,” Hauwa reacted.

Another tweep known as King David said,” Omo! Simi gave birth to herself. Love this.”

Coroborating, another tweep, Adejoke said, “Whenever simi looks at her child,she sees herself,that will bring so much of joyWeary face,I pray deja grow to be the better version of her mother,we have known you today,may we never loose you. Say a prayer for adejare.”

For Odera Otaru, a tweep, Adejare belongs to Simi and not Adekunle Gold.

“This is Simi’s baby! Adekunle Gold can try again next time,” Otaru proclaimed.

Timi Eagle, another tweep, however defended the resemblance, “The way you guys are reiterating Simi and her daughter’s striking resemblance is just very funny. Is she supposed to look like you or your dad?”