‘Telling Amanpour to wear hijab on her own soil is attempting to colonize her,’ tweep reacts to Iranian president’s request 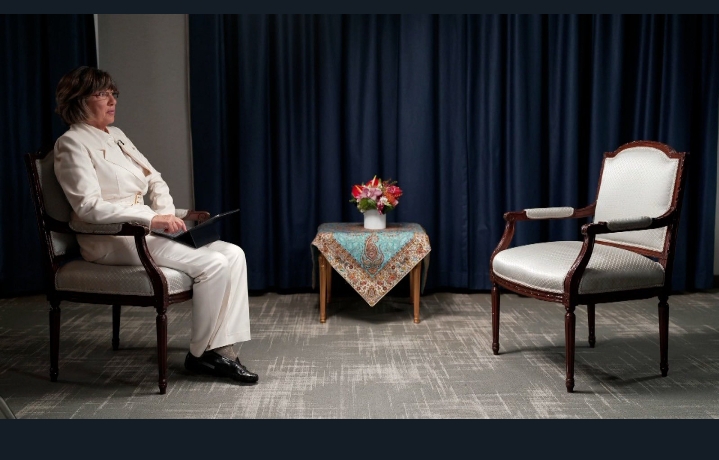 The decline of Cable News Network’s (CNN’s) Senior Correspondent, Christiane Amanpour’s interview request by Iranian president, Ebrahim Raisi, over her refusal to wear a headscarf (hijab) has been greeted with strong criticism.

Reacting to the incident, a tweep, Paschal Chikero, took to his official Twitter handle to liken the request made by Raisi as colonization.

He said, “Telling someone who doesn’t believe in what you believe to dress according to your own belief on her own soil where that is not a must is attempting to colonize the person !

Confiance News gathered from the official Twitter handle of Amanpour that she sought to interview Raisi who is in New York for the United Nations General Assembly (UNGA) over the recent death of Mahsa Amini, who died shortly after her arrest by Iranian “morality police” over inappropriate hijab.

“Protests are sweeping Iran & women are burning their hijabs after the death last week of Mahsa Amini, following her arrest by the “morality police”. Human rights groups say at least 8 have been killed. Last night, I planned to ask President Raisi about all this and much more.

“40 minutes after the interview had been due to start, an aide came over. The president, he said, was suggesting I wear a headscarf, because it’s the holy months of Muharram and Safar.

“I politely declined. We are in New York, where there is no law or tradition regarding headscarves. I pointed out that no previous Iranian president has required this when I have interviewed them outside Iran,” Amanpour tweeted.

Corroborating Chikero’s stance is Ashok Swain, Professor of Peace and Conflict Research who emphasised the symbolic value of Amanpour’s decision.

“CNN’s Christiane Amanpour declined to interview Iran’s President Raisi in New York because she was asked to wear a headscarf. This decision of Amanpour has high symbolic value because in Iran women are refusing to wear hijab to protest against Raisi’s draconian hijab rules,” he explained.

Another netizien, Yasmine Mohammed, commended Amanpour for her support to other women.

“Thank you for standing up for yourself and for all women,
@amanpour
, by not legitimizing this misogynist demand by a religious extremist.

She said, “As someone of Iranian heritage that spent their formative years in Iran, I appreciate Christiane’s principled stance.

However, former Nigerian legislator, Senator Shehu Sani appears to hold a divergent view. He said, “Amanpour is one of the best interviewers in the World. She could have just wrapped the Headscarf in order to grill the Iranian President. Her Questions & his answers are more important at this time.The President got a simple excuse & then an opportunity missed.”

Confiance News further learnt that there have been wide spread protest in Iran, where protesters are reported to burn their hijabs in solidarity of Mahsa Amini’s death.